Or at least, all signs are pointing in that direction.

Willson Contreras has been a part of trade speculation since the beginning of spring training (and there was a little bit of that talk circulating last season, too). As far as Contreras has revealed, the team hasn’t discussed an extension with him since the season started

If the Cubs don’t trade Contreras by Tuesday’s deadline and he signs elsewhere as a free agent this offseason, the Cubs would only receive a compensatory draft pick (if they do extend a qualifying offer).

So, barring some seismic shift over the next two days, Contreras will not be a Cub after the trade deadline. That’s the reality of the situation, and despite pleas by fans for an extension, it seems like just about everybody has come to terms with that.

But enough has been said on that front over the last couple of weeks. If the Cubs are reading, maybe this is what could help them make a last-minute change of heart. So, here are four reasons the Cubs shouldn’t trade Willson Contreras.

For all the things he’s had to do to improve behind the plate, Contreras has always had a bat that you don’t see from players at his position around the league.

Contreras’ gaudy 2022 offensive numbers still are among the best even after a down July in which, coming into Sunday, he’s posted a .157/.272/.243 slash with a 53 wRC+. With trade rumors ramping up all month, Contreras — who’d been very good about not letting those rumors affect his play all season — has had a reason to be distracted. Even manager David Ross noted as much last week, saying Tuesday, “I could tell yesterday he was distracted in-game (Monday). There’s definitely thoughts on his mind, I’m sure, that I think it’d be unnatural not to be for him.”

He ended June with a season slash of .283/.397/.520 and a 158 wRC+, and there’s certainly an argument to made that if he didn’t have to think about the upcoming deadline, those numbers would’ve carried over into the last few weeks. But even with that slump, Contreras’ numbers are still right at the top of the league.

Yes, it’s true that teams don’t necessarily need top-of-the-line production from their catchers to win. In fact, since the Cubs’ World Series win in 2016, only the Dodgers’ Will Smith posted top-tier hitting numbers among catchers during Los Angeles’ 2020 title run. But there is also the fact that there just aren’t many catchers in baseball who swing the bat at Contreras’ level. With the defensive improvements he’s made, his ability to hit makes him just that much better of a player to build a competitive team around.

In 2021, the Cubs only had two options when it came to Contreras’ spot in the lineup on any given day: play him at catcher, or don’t play him at all. Obviously, the Cubs did a lot of the former in order to utilize that bat. The carousel of backup catcher last season surely didn’t help, and when Contreras’ body finally needed a break as he went on the 10-day injured list on Aug. 12, he was leading the majors with 794 innings caught.

With the National League adopting the designated hitter this season, things have changed. Not only do the Cubs not need him to catch every game, but they brought in veteran catcher Yan Gomes to make sure Ross had a steady backup he trusted behind the plate if Contreras needed a break. The idea was that Gomes would give him more days to DH, and in turn, Contreras’ production would improve.

Contreras is putting up career-best numbers almost across the board. He’d started 52 games at catcher and 32 at DH going into Sunday, giving him the fresh legs he’s needed to avoid going on the IL thus far this season. Despite his slump in July, the vision the Cubs had for Contreras has come to fruition this season.

At the same time, with the mileage Contreras had put on his legs behind the plate (4,392 1/3 innings caught through last season, eighth most in the majors since the start of 2016), he might’ve only had a couple of years left before the Cubs really had to consider moving him to another position. With the DH in place, that timeline could be extended the more the Cubs don’t need to play him at catcher every game, which would coincide with when president of baseball Jed Hoyer hopes to have built a team that can compete for a World Series.

With the number of youngsters that have come up for the Cubs since the competitive window slammed shut last year, veteran clubhouse presences become even more important. Many of those players had no experience at the big-league level, and none knew what it took to thrive across a 162-game season. Thus, they’ve needed the guys who know what it takes to stick around at this level to help them along.

The Cubs have had a few of those sprinkled around the team in 2022. Ian Happ and Jason Heyward are respected voices in the clubhouse. Kyle Hendricks is a starter who less-experienced rotation mates can turn to for advice, and David Robertson and Mychal Givens (and Chris Martin, too, prior to his trade to the Dodgers on Saturday) are in a similar spot for the younger bullpen arms. But of all the veterans in that clubhouse, it’s arguably Contreras who’s commanded the most respect from the various young players who’ve joined the team.

He’s the emotional leader of the club. Teammates feed off the energy he brings. For younger players to see the kind of work that needs to be put in to succeed at this level, they need only look at a guy who signed with the organization as a 17-year-old out of Venezuela and worked his way into a mainstay in the Cubs’ lineup for the last seven seasons.

It’s even more pronounced for other players who come out of Latin America. Guys like Christopher Morel (the Dominican Republic) and Nelson Velázquez (Puerto Rico) gravitate toward him. They respect Contreras because he persevered through similar circumstances, and it’s fair to say he’s taken them under his wing as they learn what it’s like to be big leaguers.

The Cubs won’t just lose his bat if they deal Contreras over the next two days. They’ll also lose the veteran leadership he provides on a daily basis, and they’ll have to find a way to replace it.

For those same young players to learn how to win, they need veterans around them who’ve done it in the past. Consider the role that Ross played as the former champion on the World Series squad.

They need the experience and advice from teammates who’ve been on surprise contenders as much as they need it from teammates who’ve still had to grind through a full season knowing they were going to be in the playoffs come October. And maybe the most important thing is they need players who know what it takes to win on the North Side, something the club has struggled to do for most of its existence.

Contreras is a winner. He debuted in the middle of 2016 when the Cubs already had eyes on a title. He was on each of the three playoff teams that followed. He’s a guy who grew up with this ball club and learned what it means to be a part of a winning Cubs team.

The only members of that World Series still playing on the North Side are Heyward, who was probably playing too much when he was healthy this season, and Hendricks, who, as a starting pitcher, doesn’t play every day. Meanwhile, Contreras is the one player left who plays every day at a high level. All three have the experience that make them respected players in the clubhouse, but Contreras is the one who shows it on the field every game.

Losing his veteran presence is one thing. Losing his insight on how to be a winner in Chicago might hurt even more. 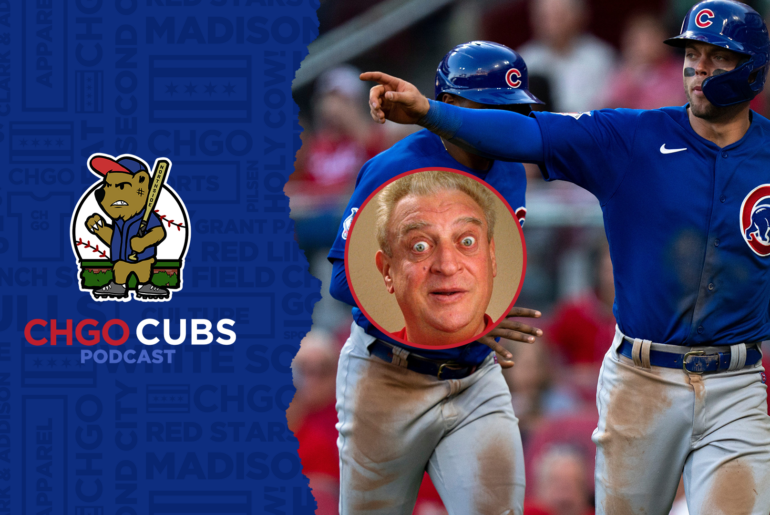