It’s no surprise that Eloy Jiménez still wants to play the outfield.

What’s sort of surprising is that the White Sox have yet to lock in a roster where he doesn’t have to.

It might play out that they have, if Oscar Colás can live up to this offseason’s hype and take the everyday right-field gig by the horns.

But it might play out another way, too, a way in which Jiménez, whose routine defensive misadventures have had fans pulling their hair out for years, is playing an awful lot of right field – a position, by the way, that he’s never played as a major leaguer.

We thought talk of Jiménez playing the outfield was over and done with after he proved last season, when midseason surgery on his leg limited his physical capability, that he could handle a regular job as a designated hitter, that the absence of a defensive position wouldn’t negatively affect his offensive output. Serving as a mostly full-time DH, he had one of the best second halves in baseball. The problem, that his playing left field was leading to too much time on the injured list – and too much time out of the middle of the White Sox’ lineup – was seemingly solved.

But that’s not how Jiménez sees it.

“Last year, when I was DH’ing more than (playing) the outfield, it was because I got surgery. And I understand that. But this year, I’ve been working really hard to play the outfield more than DH,” he said during a media session Monday afternoon. “So I don’t really think that I’m going to accept (a role as strictly a DH), because if I’m working hard, I’m going to get better, and I want to play in the outfield.

But what was also unsurprising is that Jiménez talked that talk in the first place. This is someone who’s always considered himself an all-around player and someone who’s worked hard to try to improve defensively. He shouldn’t be faulted for a desire to improve and be what he sees as the ultimate version of himself. And according to the numbers, he’s not as horrific as he’s portrayed to be. It’s just the string of injuries he’s suffered out there and the accompanying list of more comical occurrences that didn’t end in a trip to the IL.

For what it’s worth, Jiménez’s significant injury in 2022, the one that knocked him out for months in the middle of a generally injury-riddled campaign for the White Sox, came while running the bases. Same with the one that prevented him from fully participating in the AL Wild Card Series against the A’s in 2020. Not every Jiménez ailment can be directly tied to his being in the outfield.

But did the White Sox take away what they should have from Jiménez’s second half last year? They seemingly no longer had to face the choice between limiting Jiménez offensively or risking his health by playing him in the field. And in handing Andrew Benintendi the richest free-agent contract in club history, they made Jiménez playing left field obsolete.

So why are we now talking about Jiménez in right field?

Many of the Twitter reactions to Jiménez’s comments Monday went something like this: “You’re crazy, Eloy, and you’ll play where Pedro Grifol tells you to play!”

But the new manager, brought in to supposedly change things up on the South Side, might be plotting a familiar course of risking Jiménez’s health by playing him in the outfield.

“(Benintendi) comes here to play left field. He’s done it his whole career, and he’s obviously very good at it,” Grifol said earlier this month. “I’ve spoken to Eloy. I’ve told him to continue to work in the outfield, to work some in right field, as well. So that conversation has already been had with him, and in true professional manner Eloy is like, ‘Whatever is best for this ballclub and whatever helps us win baseball games.’”

Grifol told The Score more recently he’d like to see Jiménez in right field once or twice a week. And according to Jiménez, the new South Side skipper hasn’t said much of anything to him about DH’ing, even though that’s been Jiménez’s assumed position all offseason.

“We talked, and (Grifol) said it would be more in right field than left field because Benintendi is here now,” Jiménez said. “But we didn’t talk about DH a lot.”

So here’s the question: Why was Jiménez playing right field not made as obsolete as him playing left field?

Maybe it has been. Maybe this is all overreacting. Colás, Grifol has said, will be given “every opportunity” to win the everyday right field job. And he’s expected to be a pretty significant defensive upgrade for the White Sox, as well as someone who is expected to contribute significantly with his bat. And if that’s how it plays out in the spring, then maybe all this talk of Jiménez playing right field somewhat regularly will be just that: talk.

Perhaps this is just a reasonable expectation of flexibility for when something inevitably forces the White Sox to deviate from the plan. Benintendi’s hurt? Colás needs a breather? Yasmani Grandal needs a turn at DH? Send Jiménez out for a rare day in right field. Sure.

But what if Colás stumbles in spring training? What if he’s not ready for primetime? What if an injury forces a significant change of plans? Then who is the White Sox’ everyday right fielder? Is it Jiménez? And is that OK?

There’s a world where a reasonable expectation of flexibility and versatility becomes a daily risk that the team’s biggest bat might disappear from the lineup at any moment. Maybe that’s a tad hyperbolic, but Jiménez’s history makes questions like these valid.

Again, Jiménez has every right to think of himself as a complete player. While all those Twitter comments were calling him out for not being able to properly look in a mirror, perhaps there should have been more compliments for someone confident enough in himself that he can work to get better.

But the White Sox could have made this go away.

They did in left field by signing Benintendi, bringing in someone who would undoubtedly be the everyday guy there. They could have done the same in right field, too, but instead opted to make Colás the go-to guy. And he’s never played a major league game in his life. Maybe this is only a situation because of Colás’ rookie status, all that unknown, and he’ll show soon enough that the same of left field is true in right field: that there is someone who ends this conversation before it begins.

But even if that is the way it plays out, what we learned Monday is that Jiménez still hates being a DH. The seeming best-case scenario for the White Sox, in which Jiménez DHs and avoids injury in the outfield, still involves the team’s biggest bat hating the position he’s playing. What effect will that have?

It’s just another question – just another “what if?” – for the White Sox as they prepare for a season in which they hope for a massive turnaround from the massive disappointment of 2022. 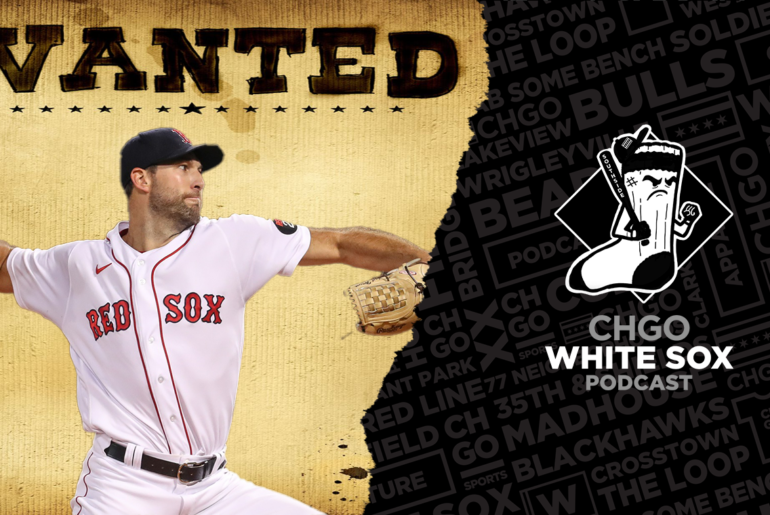