Well Blackhawks fans, we’re officially halfway through season one of the rebuild. That wasn’t so bad, was it? WAS IT? Okay, it was pretty bad, but there have been some signs of positivity that can’t be ignored, despite the team’s current standing at the bottom of the league. A while back, I handed out my 25 Game Awards to, at that point, the players I thought were Team MVP, Best Forward, Best Defenseman, Biggest Surprise, and Biggest Disappointment. Now, at the 41 game mark, I will re-evaluate each of those categories.

When the Blackhawks signed Max Domi on July 13 of last summer, it was fairly obvious what both sides were trying to accomplish. For the Blackhawks, they needed a top-six forward who could play center or wing that could easily be flipped at the trade deadline. For Domi, he was looking for a place that could offer a consistent opportunity on the top-six in hopes of piling up points and re-establishing his value.

Both teams found what they needed, but Domi has been so good for Chicago, they might not move him at the deadline, after all.

Whether or not Domi is back next season remains to be seen, but being in the locker room several times a week, as well as watching him on the ice, his presence has really helped the Blackhawks. He’s had a positive attitude throughout the mounting losses. He’s been a forward-facing leader of the team, always willing to speak to the media and be brutally honest when necessary. Oh, by the way, he’s also the team’s leading scorer.

Yes, he’s had some of the more frustrating moments this season, as well. Early on, he seemed almost unwilling to shoot the puck when Patrick Kane was within 50 feet of him, but he’s been shooting the puck more consistently lately.

If I’m Kyle Davidson, I’m setting a price in my head for the deadline. Maybe it’s a second-round pick. Maybe it’s a third-round pick. If that price isn’t met, I’d like to see him extend Domi’s contract. If Jonathan Toews and Kane don’t return next season, the Hawks will need some sort of veteran leadership and scoring. Domi checks both boxes. Could they trade him, then bring him back next summer? Technically yes, but those things rarely happen in the NHL. That would be best case scenario, but I wouldn’t hold my breath.

Plus/minus is an outdated stat, but when your entire team is underwater plus/minus-wise, McCabe’s +4 is tough to ignore. That’s right. McCabe is the ONLY Blackhawk on the current roster that is a plus player. Lukas Reichel was a +2 before his demotion. More on him later …

The Blackhawks’ -60 goal differential is second worst in the NHL, behind Anaheim’s -81 (!), but McCabe has been a stand-out defensively. He leads the team with 88 blocked shots. He’s third on the team with 88 hits.

For a guy who is returning from offseason spinal surgery, McCabe has been Chicago’s best and most consistent defender. Seth Jones has been narrowing that gap lately, but as I said a few weeks ago if the Hawks are up a goal late, the man I want on the ice is No. 6.

There’s still time to #VoteMcCabe into the All-Star Game. Just head over to NHL.com/vote and get him on your ballot. You can submit up to 10 ballots per day.

Much like Max Domi, Athanasiou was looking for an opportunity and a career reset. The Blackhawks, like with Domi, were looking for a flippable asset at the deadline. The CHGO Blackhawks crew had a lot of chuckles at Athanasiou’s expense. We called him Viktor Stalberg 2.0, for his penchant for skating really fast, then falling down or fumbling the scoring chance. While we have seen that part of Athanasiou’s game this season, he’s been one of the Blackhawks hardest working players … something he hasn’t really gotten credit for in his career. Night after night, he’s been visible and engaged in the game. Unlike Stalberg, he is not a passenger.

He will never be an elite scorer, but his combination of speed, hustle, and “oh my god” moments might get him a higher pick than the Blackhawks expected back in July.

Everyone understands the point of this season. The Blackhawks are trying, and not really hiding the fact that they’re trying, to finish this season with the NHL’s worst record and therefore the best odds at top prospect Connor Bedard. It’s understood. We all get it. We’re all on board.

That said, it was extremely disappointing to see Reichel sent down after his recent three-game call-up. He was, without a doubt, one of, if not the best Blackhawk on the ice in all three games. Before the season, GM Kyle Davidson said that once Reichel gets to Chicago, he’ll be here to stay. Well, that obviously hasn’t been the case.

Davidson did his best to put a positive spin on the demotion. The opportunity to play big minutes in all situations, the chance to play for a winning team, time to focus on playing center, yadda, yadda, yadda. Those are all valid points, but I worry about a couple of things here.

One is Reichel’s patience. The kid has done everything the Blackhawks have asked him to do, and more. It has to suck to get the call-up, play great, then get sent down. Reichel knows he’s one of the best players on the team already. When leadership says, “There just isn’t room for him on the top-six,” it’s laughable. All due respect to Tyler Johnson, Taylor Raddysh and Philipp Kurashev, but none of those players have done anything to solidify or guarantee a top-six spot.

Hopefully, the Hawks have communicated clearly what their intentions are with Reichel. Even if he understands, he can’t be happy.

Second is the morale of the team. This kid comes up to replace the injured Patrick Kane. He plays great, the team wins all three games, players are feeling good for the first time in months, then they watch him get sent to Rockford. Again, they get it. Reality has sunk in, but the one ray of hope they’ve had all season is gone.

Hopefully, once the deadline smoke clears on March 3, Reichel will get called back up and stay until the season ends. He can still head back to Rockford for their playoffs to get the experience at center and in a playoff run. It’s the least the organization could do for a kid who has been nothing but patient, despite clearly being NHL ready.

Player to Watch in the Second Half – Isaak Phillips

There are a few candidates I went through in my mind before giving this “award” to Phillips, including Ian Mitchell, who has looked better and better every time he plays. Taylor Raddysh, who has proven that he can score pretty consistently when given top powerplay time and a top-six role, is also worth keeping an eye on, but as I look three to five years into the future, I see Phillips as a full-time top four NHL defenseman.

During the second intermission of Saturday’s bludgeoning at the hands of the Seattle Kraken, color analyst Troy Murray pointed out Phillips’ growing confidence. The video of his first NHL goal (above) is what Murray used to illustrate his point. Something as simple as banging the stick on the ice, calling for the pass, to Murray, shows a kid who knows he belongs.

Phillips, who stands 6-foot-3, not only brings size and physicality but a sneaky quickness that catches other teams off guard.

Hopefully, Luke Richardson keeps him in the lineup every night. Phillips, Mitchell, and Caleb Jones have been rotating, but now is the time to find out what you have in Phillips and Mitchell.

Tage Thompson might be the best story in the NHL this season. He has exploded onto the scene with 31 goals in his first 42 games played. He’s a legit contender for the Hart Trophy, and is one of the reasons the Sabres are no longer irrelevant. They’re currently fifth in the Wild Card standings, and will likely miss the playoffs, but this is a team on the rise.

Rasmus Dahlin, 2018’s first overall pick, has also had a career year. If his season ended tomorrow, his 48 points would be five short of his career-high 53. My guy Alex Tuch is also filling the net with aplomb.

They’re a fun team to watch, and the Blackhawks will have to be ready for this one. Hopefully, coming off an embarrassing loss to the Kraken, they will be.

The Flyers aren’t great. Despite winning seven of their last ten, they were smacked back to earth on Monday, losing 6-0 to the Bruins. Their head coach, John Tortorella, has already taken iPads off the bench because he wants his players to focus on the game.

We’ll see how a hard-ass head coach in a hard-ass city handles a team falling well short of expectations. Tortorella has a short shelf life wherever he goes. Perhaps this run will be shorter than usual. A coach like Torts isn’t hired to oversee a rebuild or “reload”, which is where the Flyers are likely headed.

The Blues are the very definition of average. They’re currently six points out of the final Wild Card spot, but are more likely to be sellers than buyers. Pending free agents Ryan O’Reilly, who is out with a broken foot and will be re-evaluated in six weeks, and Vladimir Tarasenko, who will be out until the end of a month with a hand injury, made Insider Frank Seravalli’s Trade Targets Board. Blues GM Doug Armstrong must have a realistic view of what these Blues are. He only has to look 300 miles north to see what happens when you cling to the past for too long.

The LA Kings, Vegas Golden Knights, and Seattle Kraken are battling it out atop the Pacific Division. All three teams are separated by two points. The other Pacific Division contenders, Calgary and Edmonton, have the top two Wild Card spots in their grasp. This is a deep division that will beat up on each other as the deadline and playoffs approach. Unlike Vegas (+17) and Seattle (+25) the Kings are being outscored by their opposition with a -3 goal differential.

Every point will matter to the top five teams in the Pacific, and Kings fans seem ready for Copley to take the reins, and it’s easy to understand why. He’s been the better goalie, and the best players should play, right? Especially in such a tight playoff race. 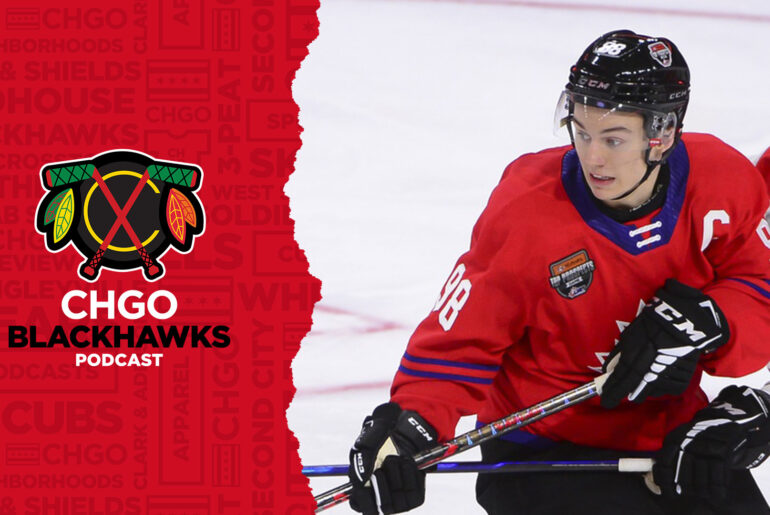