Cubs fans were lined up as early as 4 a.m. inside the Sheraton Grand Chicago waiting for things to get started. Roughly 14 hours later, Cubs chairman Tom Ricketts entered the opening ceremony to a mix of cheers and boos. But of course, that changed to a standing ovation as soon as he introduced new Hall of Famer and Ford C. Frick award winner, Pat Hughes.

As is customary at the Cubs Convention, the opening ceremony also featured a stage full of Cubs broadcasters, alumni, prospects, coaches and current players, all cheered on by the Cubs faithful in attendance.

Though most of the events (panels, autograph signings, etc.) don’t begin until Saturday morning, the Cubs got a taste of what exactly they’d been missing since January 2020.

“The fans are what give you the juice when you get back here,” manager David Ross said. “I don’t feel like in the offseason I’m yearning for some kind of praise from fans or love from fans, but you walk in the room, it dang sure feels good. They support you. They’re excited about the new players. They’re excited about where we’re going. They’ve got questions, and we’re going to be able to answer them here.

“Fans are what it’s all about, right? They fill the seats, they bring the energy. It’s very evident to anybody who was part of 2020 and how we played baseball that year how important fans are.”

Ian Happ and the Cubs took a while to get there, but they at least reached an agreement for Happ’s last year of team control. Sources confirmed to CHGO Friday night that Happ and the Cubs landed on $10.85 million to avoid arbitration.

Though the Cubs were able to agree on arbitration figures with other players more quickly, things didn’t develop as quickly with Happ. The two sides have also not engaged in serious talks yet about a contract extension.

‘This is the process,” Happ told reporters Friday. “It’s not perfect, but it’s the process. It’s our [collectively] bargained right. And it’s pretty interesting to see how it goes.”

In the midst of the excitement of the first Cubs Convention in three years, team president Jed Hoyer and general manager Carter Hawkins were still busily working their phones and ducking in and out of the player and media social Friday evening.

“We’ve started the process, I guess I would say,” Hoyer said regarding contract extensions with key Cubs players. “We’ve had dialogue with the agents. Where that is in the process, I would never reveal, or what the offers are. But certainly, there’s a real desire.”

Whether or not Happ’s contract status was the topic of conversation, the reality is that he is entering his final year before he can become an unrestricted free agent after the 2023 season. And coming off of an All-Star appearance, a National League Gold Glove Award and one of his most productive and consistent seasons at the plate, Happ was well-positioned for a high asking price. Roster Resource guessed his number at an estimated $10.6 million, ultimately just below the final figure. For perspective, the Mets agreed to $14.5 million with Pete Alonso, which set an arbitration record for a first baseman.

Now that the arbitration talks are settled, attention will naturally turn to Happ’s future beyond this upcoming season.

There is no set timetable for extension talks, but Hoyer has traditionally stayed away from hashing them out during the season. That leaves about four weeks before spring training starts for the two sides to agree on something. Otherwise, there’s the risk of Happ becoming a trade deadline piece in July — which is a reality he has considered.

“It’s all part of it,” Happ said of the negotiations. “I love this organization. Wrigley is special, the city is special.

“And on the other side of that, like, there’s 29 other teams that are competing and doing a great job. You earn the right to be a free agent. That’s a special thing, too.”

‘Not an issue’ for Hoerner to move to 2B

After the Cubs signed Dansby Swanson to a seven-year deal last month, the expectation immediately became that Nico Hoerner would have to shift to second base to accommodate the reigning National League Gold Glove winner.

Hoerner said he had spent the offseason preparing to play shortstop again in 2023 after having an impressive first full season at the spot in 2022, but he also understands that bringing in Swanson was best for the direction of the team.

“You’re getting an impact player that literally played every single game last year,” Hoerner said. “I think that’s really cool, and he comes with a really, really high reputation about who he is as a player. It’s going to be a big impact for us.”

As far as Hoerner’s move to the other side of the infield, that shouldn’t be too hard.

Hoerner was a Gold Glove finalist at second base in 2020. Despite having played exclusively at shortstop last season, he said playing second doesn’t feel all that much different. Shortstops are often considered to be among the best athletes on a baseball field, so he certainly has the natural athletic ability to move over to second. And considering the number of times he played in shallow right field when the shift was on last season, Hoerner can pull from his own recent history to remember what it’s like to play on that side of the field.

With a brand new shortstop in tow, Hoerner is looking at a future that should keep him at second base as long as he remains with the Cubs. But as has become a typical answer when he’s asked the question, Hoerner is only worried about how he can best help the team.

“I love playing shortstop,” Hoerner said. “It was always a dream of mine to play shortstop in the major leagues. Got to do it for a full season this year. I was proud of how I carried myself, [how I] did it. Always will be confident in my ability to do that, but the needs of our team are very clear.

“It’s not an issue moving forward at all.”

To kick off Convention weekend, the Cubs officially announced that they signed Eric Hosmer to a one-year deal, reportedly worth the league minimum of $720,000 — which leaves the Padres on the hook for the remaining three years and nearly $39 million left on his contract.

The 2022 season could’ve gone a lot better for Hosmer.

He was hitting .350 with a .924 OPS in San Diego’s lineup as late as May 15, but by the time he was traded to Boston at the Aug. 2 deadline, those numbers had fallen to .272 and .727, respectively (which were respectable numbers but came as a result of a period of low production). And then, three weeks after the trade to the Red Sox, Hosmer went on the 10-day injured list with low back inflammation — and he wouldn’t come off until the last series of the season.

“It was a crazy situation when you really don’t expect to get traded, and you get traded,” Hosmer said. “Went to Boston, wanted to do well there. Ended up getting hurt, wasn’t able to perform the way I wanted to.”

The Red Sox designated Hosmer for assignment on Dec. 16, and for the first time since he originally signed with the Padres nearly five years ago, he was on the open market and free to sign with any team. So, what exactly attracted him to the Cubs?

“Just a young energetic group that, from the other side looking in, you see the talent, you see the way up with the guys that are on the way up,” Hosmer said. “And then some of the signings they’ve made, from Dansby to Cody [Bellinger] and all those guys. It just seems like a really good group, and it seems like a division that’s wide open that these guys can have a really good chance, so I’m glad to be a part of it.”

Hosmer buys into the idea that a change of scenery can actually help a player rebound. And after a season featuring different obstacles, he’s ready to get to work in his new environment.

“It’s kind of like a new life,” Hosmer said. “You want to make the most of every opportunity, and for this opportunity, for me personally, I feel like it’s a great one. To play at Wrigley Field every day, to understand you’re going to be [playing] for the Chicago Cubs. The main thing everyone says, especially around the league, is when you play at Wrigley Field, it feels like the state championship, every game. It’s just a different energy. It’s a different atmosphere.”

During the opening ceremony of the Cubs Convention, Ricketts introduced the two newest members of the Cubs’ Hall of Fame.

The 2023 class of Mark Grace and Shawon Dunston spent a combined 25 years in the organization, overlapping as teammates from 1988 to 1995, and then again in 1997 when Dunston resigned with the Cubs after a year with the Giants.

Grace finished second in Rookie of the Year voting in 1988, and he represented the Cubs in the All-Star game in 1993, 1995 and 1997. In the National League Championship Series in 1989, Grace batted .647 against the Giants, which includes a home run, a triple and three doubles in that series. 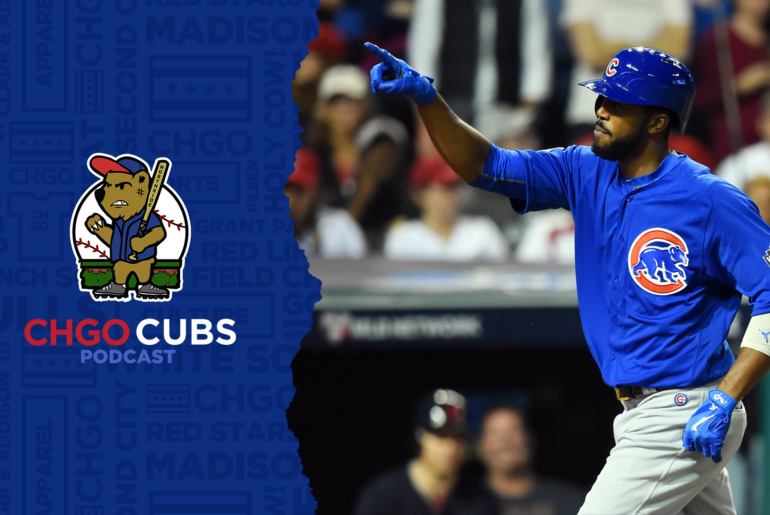