We’ve already heard that the White Sox are more likely to make additions through trades than free-agent signings this winter, but Rick Hahn certainly didn’t exclude the possibility of signing someone up.

The team needs a left fielder after AJ Pollock surprised by declining his option for 2023. With José Abreu signing with the Houston Astros, Andrew Vaughn is freed up to play first base, and Eloy Jiménez could be ticketed for the everyday DH role, where he flourished in the second half of last season. Hence, a vacancy in left.

Considering the White Sox have other, non-position-specific needs, as well, such as power and left-handed hitting, they might be able to kill a few birds with one stone, should they locate the perfect fit. Keep in mind, too, that while Oscar Colas has already been brought up by the GM as a possible starting outfielder next year, the White Sox aren’t exactly limited to left field or just one corner-outfield addition, at least roster-wise. The intent to not grow the payroll much could of course have implications on how much they spend.

But without further ado, here’s a list of some guys the White Sox could chase on the free-agent market to put in a corner-outfield spot in 2023:

Duvall’s been an above-average hitter the majority of his career, and the last time he played a full season, in 2021, he bashed 38 home runs splitting time between the Marlins and Braves. He led the NL with 113 RBIs and won a Gold Glove.

But he only played in 86 games for the Braves last season, injuring his wrist and having surgery in July. The White Sox are going to be hoping for enough bounce-back seasons from players who experienced injury-impacted campaigns in 2022, so maybe it’s too big a risk. But when healthy, Duvall can hit and play defense.

There’s no doubting Nimmo’s offensive production, as his career 130 OPS-plus speaks for itself. Mostly a center fielder for the Mets, he has the defensive chops and provides the lefty bat the White Sox need to balance out their righty-heavy lineup. The only real knock is his injury history; just twice in his seven-year major league career has he played more than 100 games in a season, and only three times has he played more than 70.

But Nimmo is on the top of a lot of fan wish lists for a reason, and the same figures to be true of teams across the league. He’s perhaps the No. 2 outfielder on the free-agent market behind Aaron Judge, who after one of the finest single seasons in baseball history is expected to receive a massive payday. Nimmo’s won’t be quite that high, but whichever teams miss out on Judge will surely be bidding for Nimmo. The White Sox might not have the financial flexibility to play in that end of the pool.

Guys with health questions seem to be a theme here, and Haniger is no different, not after the Mariners declined their option on him. When healthy, he’s a force, and he’s received MVP votes in two separate seasons. In 2021, he played in 157 games and hit 39 home runs. Sign the White Sox up for that kind of power production. Last season, he was limited to 100 fewer games, and though he was still an above-average hitter, the White Sox don’t need more health-related headaches, not after 2022.

But perhaps there’s a bargain to be found there, a signing that would fit in with the White Sox’ financial situation far better than another right-handed bat would. But as Hahn says, ball go far, team go far, and Haniger has a knack for putting the ball in the seats.

Remember, the White Sox are searching for some defensive improvement after ranking as one of the worst teams in the field last season. Well, few outfielders have a better defensive reputation than Bradley Jr., who boasts a Gold Glove on his resume and was one of just 13 outfielders to post an Outs Above Average total of eight or higher in 2022.

That the last two seasons have been two of the worst offensive seasons of his career is an obvious reason to stay away for a team well aware that scoring runs was a big problem last season. Bradley Jr. is left-handed, which counts for something, but bringing him aboard as a regular in the outfield would put an awful lot of pressure on the rest of Hahn’s additions to provide some offensive oomph.

There probably aren’t a bunch of White Sox fans clamoring to own a Robbie Grossman jersey – that name has some connotations in this town, obviously – but the switch hitter is one year removed from belting 23 home runs with the Tigers. He didn’t do much damage against right-handers in 2022, which might keep him off the White Sox’ wish list, but he crushed lefties to the tune of an .879 OPS.

Naquin has been popping up a lot in chats during our shows, and I guess the reason is that he’s a lefty bat and he probably won’t cost much. Naquin fared well against right-handed pitching in 2022, with a .746 OPS. He’s strictly a platoon player out there, though, and hit just .180 against left-handers in limited action.

That doesn’t jump off the page as a reason to run out and sign the guy, but the White Sox need bench players, too, I suppose.

People would surely decry this as a “White Sox move” considering the once-elite McCutchen’s best days are obviously behind him. But like the aforementioned Grossman, the Defensive Runs Saved stat ranked him as a pretty good defender in 2022. Offensively, McCutchen was right around average, which while unexciting is better than can be said for several of these other guys. Going strictly by OPS-plus, it was the worst offensive season of his career.

There are probably some off-field benefits by bringing in a grizzled veteran. But fans don’t really seem to care about such things when it’s not accompanied by big numbers and big winning.

You know who checks an awful lot of boxes for the White Sox? This guy who hit .160 last season.

Gallo is a home-run hitter, a left-handed bat and a great defensive outfielder with two Gold Gloves on his mantle. He hit 19 homers last season as a part-time player with the Yankees and Dodgers but has three seasons of 38 homers or more to his name. He was an All Star in 2021, when he led the AL in walks, another category the White Sox could use a big-time boost in.

Gallo is also coming off a woeful year that saw him hit well below average, that batting-average number particularly glaring and the .280 on-base percentage isn’t too wonderful, either. He strikes out a ton, too. Gallo would definitely be a risky signing, but he does bring a lot of the things the White Sox are looking for to the table. 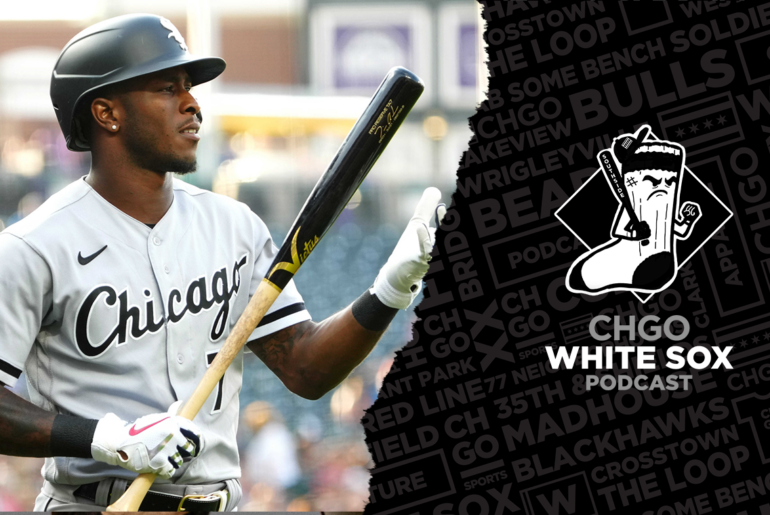