“You get what you earn,” Chicago Bulls coach Billy Donovan said after Friday night’s loss to the Magic. “And the record says exactly who you are. I think that’s where we’re at. We’re a 6-10 team.”

With a few days to let the emotions temper down following the gut-wrenching loss, it’s time to reorient and find some perspective. Usually, that means taking a step back and realizing that painful loss was just one game.

But right now, the opposite is true.

Coming into Friday’s game, the Bulls had lost three straight over the course of seven days. The two most recent were completely non-competitive. So ahead of Friday’s game against the Magic, Donovan called out Zach LaVine, DeMar DeRozan and Nikola Vucevic for not playing well enough to start games.

Twelve minutes of game time later, the Bulls were down 37-24 to the Orlando freaking Magic. The Bulls clawed their way back, but Donovan benched LaVine down the stretch and Jalen Suggs hit a game-winning three-pointer in the final seconds.

“It’s one game, man,” LaVine said at practice on Sunday. “I don’t want to get this blown out of proportion to the point we’re talking about a loss, where we’ve had multiple losses this year. We got a lot of games left this year.”

Donovan and LaVine seem to have come to an understanding about the benching, but it’s hard to ignore that there is now some friction in their history.

“Me and Billy talk all the time,” LaVine added. “It’s a tough decision, obviously I’m a competitive guy, I want to play. I just told him I feel like I’ve earned the right to go out there and try to play through a bad game. His decision was to try to do the best thing for the team, which I respect. If we won, obviously I would’ve been ecstatic. We lost, I wasn’t. I had a terrible game.”

Yes, it’s still November and yes, it’s perhaps early to make too much out of one bad game. But context is important. So let’s zoom out.

“I mean, yeah” LaVine said when asked about the team’s mentality. “We lost, what, four or five in a row? There’s a sense of urgency when you lose a game. I think we all have that sense of urgency, individually and collectively as a team. I think that you need to have that. You need to be a desperate team when you go out and play and get those wins. The games aren’t gonna stop, you’re gonna have to continue to play these high level teams. We need to get it going. I think everybody has that sense of urgency, because you care.”

No one wants to lose games or play poorly. But at a certain point, things aren’t working, you need to make a change.

The Bulls are playing like a team on the wrong side of mediocre. They’re not good at the things that carried them last year (clutch performance, shooting efficiency, free throw attempt rate) and they haven’t improved enough on the things they needed to add to their repertoire (pace, three-point shooting, defensive consistency, health). They continue to over-rely on DeRozan. LaVine has been a shell of himself. Ayo Dosunmu and Patrick Williams have improved, but not ascended.

So no, this is not one bad loss being blown out of proportion. They’re outside the play in tournament in the Eastern Conference with their first-round draft pick, top four protected, heading to the rebuilding Magic team that just kicked their ass.

Zooming out even further, all of this coming on the heels of their 8-15 finish to last season and getting served a beatdown in the playoffs. No, those records aren’t connected, but the trajectory is. Especially when the plan for continuity suggested that things would be better by bringing the same group back together.

If there was ever a time for continuity to be a thing, it’s over the next ten games.

Monday night, they face the Celtics, the league’s best team both by record and net rating. Then they head to Milwaukee to kick off a six-game road trip including games against Oklahoma City, Utah, Phoenix, Golden State and Sacramento. They’ll then finish back home against the Wizards, Mavericks and Hawks, all teams ahead of them in the standings.

Eight of those 10 opponents are above .500 teams. One of the two that isn’t is the defending champion Warriors. All of them currently have better records than the Bulls. The Bulls are 2-5 on the road and 3-8 against teams above .500.

It’s early, but this stretch could define the trajectory of the team this season.

Will they rally around this adversity and get themselves back on track? Will they fold continue to unravel? Or will they continue on this path of uncomfortable and disappointing mediocrity? 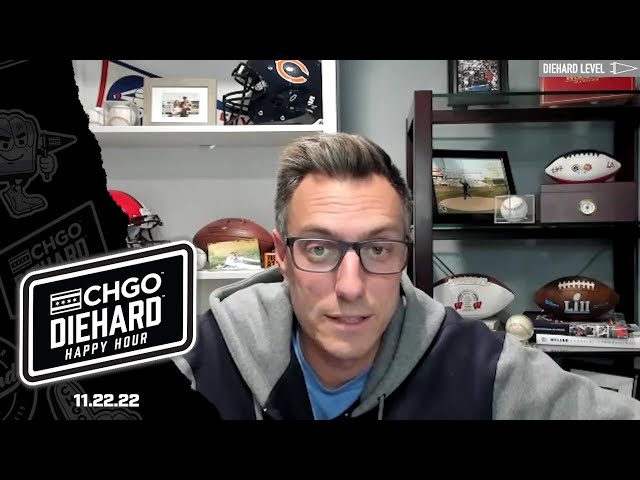