Entering Friday, Matt Mervis had already been amongst the top performers in the Arizona Fall League.

He’d hit a tied-for-league-best five homers. He’d struck out just five times in 51 at-bats, the lowest total of anyone with at least 25 at-bats in Arizona. He’d posted a .608 slugging percentage (ninth) and a .929 OPS (12th). That led to him being named to both Saturday’s AFL Home Run Derby and Sunday’s “Fall Stars” game.

So, after those honors came rolling in this week, what did Mervis do on the first pitch he saw from Peoria Javelinas lefty Lucas Knowles?

That long ball gave Mervis sole possession of first place on the AFL’s home run leaderboard, and it was just the latest example of why the organization and its fans are all so high on the potential of MLB Pipeline’s No. 21 Cubs prospect.

Following an underwhelming first full season in 2021, Mervis exploded onto the scene to the tune of a .309 batting average, a .984 OPS and a 156 wRC+ while recording 36 home runs (third-most among all minor leaguers) and 119 RBI (most in the minors). He spent time across the highest three levels in the Cubs system — 27 games at High-A, 53 at Double-A and 57 at Triple-A — and never missed a beat, improving both his walk rate and strikeout rate with each promotion while not letting his batting numbers dip.

With a season like that, it came as no surprise that he was named the Cubs’ Minor League Player of the Year last month.

“I thought Matt had one of the best minor league seasons I’ve been around,” president of baseball operations Jed Hoyer said during his season-ending presser in October. “Certainly the best minor league season I’ve been around of someone that I would say, going into the season, it was unexpected. For a guy that struggled last year in Myrtle in his first pro season to start in South Bend and dominate at three levels, and really actually almost improve his underlying numbers at each level, is not something I’ve been a part of.”

Mervis went undrafted in 2020 thanks to the draft being trimmed to just five rounds, but Hoyer said the Cubs “put a huge, full-court press on him four seconds into the process, and we were able to land him.”

There’s obviously a reason for that. The Cubs probably didn’t see him as the successor to Anthony Rizzo at the time — they still were in negotiations for a contract extension with Rizzo long after they signed Mervis, after all — but following a breakout 2022 and with the first-base job up for grabs, the obvious question becomes: is a spot on the Opening Day roster in play for “Mash” Mervis?

Hoyer declined to answer that question directly, and Mervis himself has said he isn’t worried about where he’s playing on March 30 — or whether he’s even starts spring training with the big league club.

“Just taking it day by day, and whether it’s big league or minor league spring training, I’m going to do what I always do to prepare,” Mervis said, while with a group of top Cubs prospects on a visit to Wrigley Field at the end of the season. “Get ready for next season, and hopefully, keep building on what I built this year.”

Regardless of what anyone says publicly, there’s certainly a shot Mervis cracks the Opening Day roster.

Frank Schwindel and Alfonso Rivas entered 2022 as the Cubs’ first basemen, but neither one grabbed a hold of the job (and Schwindel is no longer with the team after being designated for assignment in September). Patrick Wisdom spent plenty of time at first during the season, but it’s unclear whether his future with the Cubs will be at the position.

There likely isn’t an in-house option that would stand in Mervis’ way. But other options have to be considered as well. Rumors have swirled around the Cubs’ interest in a player like José Abreu, who brings a steady bat, a decent glove and documented leadership qualities. The Cubs say they’re looking to compete in 2023, and bringing in a veteran first baseman would help in that.

Even still, that doesn’t necessarily block Mervis from breaking camp on the active roster.

An impressive spring training would have happen, of course, but assuming that comes to fruition, there’s plenty of room for a player with a bat like Mervis’ on the team next year. Signing a first baseman this winter would provide opportunities to let Mervis get acclimated to the big leagues at his own pace rather than thrusting him immediately into the everyday first-base job. The ability to shift him and another player between first and the designated hitter spot is an easy way to get Mervis the necessary at-bats in the majors without feeling like the Cubs have to rely on him to be ready from Day 1.

But Opening Day is certainly in play for someone who absolutely ballooned in 2022 and is still mashing in Arizona. Once winter is over and spring comes, that’s when the question about Mervis’ immediate future will be answered.

“Give him a ton of credit for bouncing back after not a great 2021 season and having an awesome season and putting himself on the map and being asked about in forums like this,” Hoyer said. “Really impressive.”

Said Mervis: “I want to be a Major League Baseball player. That’s been my goal since I was 4 years old. I’m going to keep doing what I can do to get there and let the front office make their decisions.” 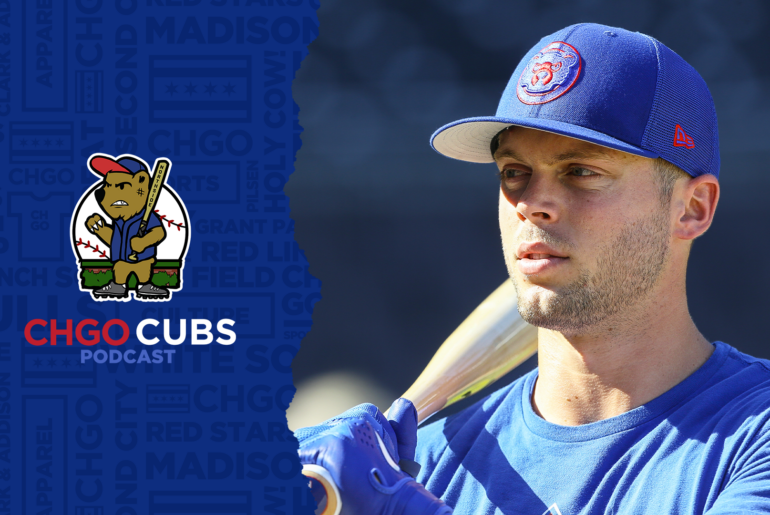