The Chicago Bears have looked good in some games, bad in others and they just recently traded away two of their captains as they look toward a hopefully brighter future.

But there are still nine games left in this season and it remains to be seen how they will perform. The home stretch starts on Sunday with a visit from the 5-3 Miami Dolphins, a team with a high-octane offense but a less-than-stellar defense.

Here’s how we see things playing out …

We want to see you on Sunday!

Asking the Bears to slow down Tua and the Dolphins’ prolific passing attack seems like an impossible task. No Roquan Smith. No pass rush. Miami is going to score some points. But can Justin Fields lead the Bears to a victory in a shootout? The offense has turned a corner over the past two games and it’s been a lot of fun watching it evolve around Fields and watching the young quarterback begin to blossom. But I don’t believe they have enough in the tank to win this one. If the Bears want a shot, they’ll need to slow down the pace of the game, maintain time of possession and keep the Dolphins’ offense off the field as much as possible. Even though I expect them to be on the wrong side of the final score, I’m anticipating another strong day from Fields as he continues his positive momentum. And that’s what it’s all about.

I have been saying all week I am predicting the Bears to win. The more I watch the Dolphins and look at the matchup the less confident I am feeling. But, the Bears have a Fields day on third down where the Dolphins have struggled all year. Tua cannot find his footing on the Soldier Field November turf and is sacked and picked off by Bears leading sack man (3) Jaquan Brisker. And Chase Claypool brings the excitement catching four balls including his first Chicago Bear touchdown.

As excited as I am for the Bears this Sunday and the new direction they’ve taken to build around the Quarterback. I understand that this will take time. Especiallythe Fields to Chase Claypool connection. Both defenses give up yards and points so it should be a fun one. But without Robert Quinn and Roquan Smith, the Bears defense has depth concerns and obviously will miss their experience. Just alot to overcome. I’m sure Soldier Field will be hyped. So I’m excited to see how the Bears feed off of that.

Similar vibes to two weeks ago against the Patriots — I think the Dolphins are overvalued right now. Their defense isn’t good and their special teams unit is even worse. Offensively, there’s no reason why the Bears can’t keep running the ball at will. I see a big day for Justin Fields and maybe even a touchdown for Chase Claypool in limited reps.

Firepower. That’s what what the Dolphins and Bears are bringing to Soldier Field on Sunday. Miami has arguably the best combo at wide receiver with Tyreek Hill and Jaylen Waddle. Chicago has unlocked a new part of their passing game these last weeks against some of the better defenses in the league. The Dolphins are far from a good defensive unit. But the same can be said about the Bears. Dolphins get the victory in a shootout.

The Dolphins are a hot team right now, what can I say? Tua Tagovailoa leads the NFL in passer rating and has weapons like Tyreek Hill and Jaylen Waddle at his disposal. The Miami pass rush should get a boost with Bradley Chubb now too and I just think that’s too much for this Bears team right now. I do think they score points though!

Justin Fields continues to play well, but the Dolphins offense has too much firepower for our decimated defense.

I think this game is an important litmus test on whether the depleted Bears defense can keep them in games they might be able to win (Detroit, Atlanta, NY Jets, etc.).

A week after giving up 49 points too many to Dallas, the defense somehow has a better showing, even without Roquan Smith. QB1 connects on several deep balls, but the offense is still a class (or two) below Miami’s attack.

Should you bet on Patrick Mahomes & the Kansas City Chiefs as Favorites? | CHGO Bets Daily 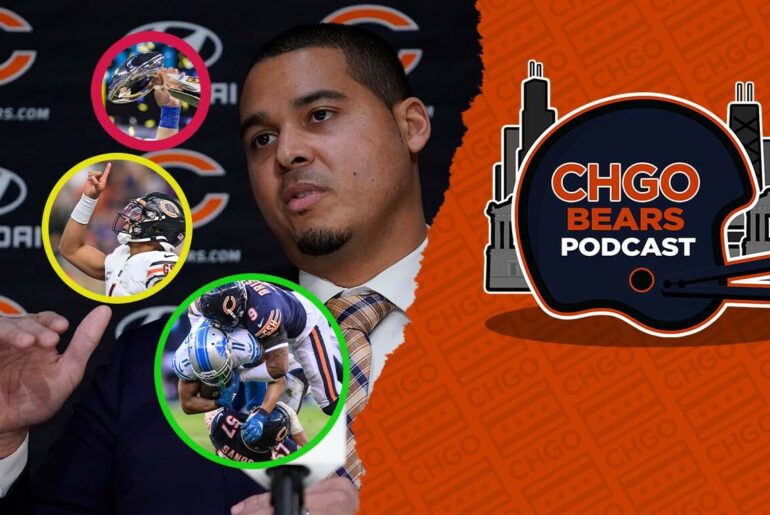