All good things must come to an end, and that includes the Chicago Blackhawks’ four-game winning streak after a 6-5 loss to the Edmonton Oilers on Thursday night. This was one of the whackiest games we will see all season long. But it was the type of loss we’ve been saying we want to see; a hotly contested, competitive one-goal loss. If there is one thing we can count on from these Blackhawks, it is that they will not back off, and they will bring the effort for 60 minutes.

The Craziness of the Second Period

If you thought Tuesday’s middle frame against the Florida Panthers was nuts, tonight’s second period was absolutely bonkers. It started with Connor McDavid’s first of two goals just 18 seconds in and ended 19:42 later, being one of the craziest periods of hockey I’ve seen in my 43 trips around the sun.

The teams only played 4:56 minutes of 5v5 hockey with 28 combined penalty minutes. Evander Kane was given six of those; four for a cross-checking double minor against Connor Murphy and two for unsportsmanlike conduct. The latter was assessed while he was on the bench for chirping the officials moments after he had a goal disallowed for interference.

To add to the silliness, McDavid scored a second goal off Alex Stalock’s mask. A total of four goals were scored, three of which came on the power play. And somehow, the Blackhawks took a 4-3 lead into the intermission.

“The last couple of games have been weird games with all the penalties and the difference between playing on special teams and 5v5,” Patrick Kane said. “We have to be ready for whatever happens. We got a couple on the power play, which is nice. They are one of the best in the league for a reason. They have dynamic players, and it’s hard to stop them.”

The Blackhawks got away with six penalties against the Panthers on Tuesday, including five in the second period, so head coach Luke Richardson preached discipline after the morning skate.

“That’s a special team on the power play,” he said. “The key is to keep the penalties down. You’ve got to be disciplined against teams like Colorado and Edmonton, who are very dangerous on the power play. Our penalty kill has been very good and aggressive. We have to stay aggressive no matter what team we play.”

Discipline was thrown right out the window once the puck dropped on the second period. In the end, the Blackhawks had 10 power-play opportunities and got goals from Jonathan Toews and Max Domi.

The penalty kill unit was nearly as busy, allowing three tallies on seven chances, two of which came in the decisive third period. Needless to say, 18 total power plays are not something you are going see very often, but the Blackhawks have taken 14 penalties in the last two games. They survived the parade to the penalty box against the Panthers, but it cost them the game versus the Oilers.

“It just seemed to be the way the game was going,” Richardson said of all the penalties. “They called the rules really tight tonight. We put ourselves in positions we shouldn’t have. It doesn’t matter if it’s accidental. You can’t high-stick or slash someone on the hands.”

Andreas Athanasiou has two goals on the young season. The first came on a penalty shot against the Detroit Red Wings, and his second was scored on a breakaway tonight. What do the Red Wings and Oilers have in common? Athanasiou played for both of them.

In case you’re wondering, the Los Angeles Kings, who Athanasiou played for the last two seasons, are in town next Thursday night. They better be ready! 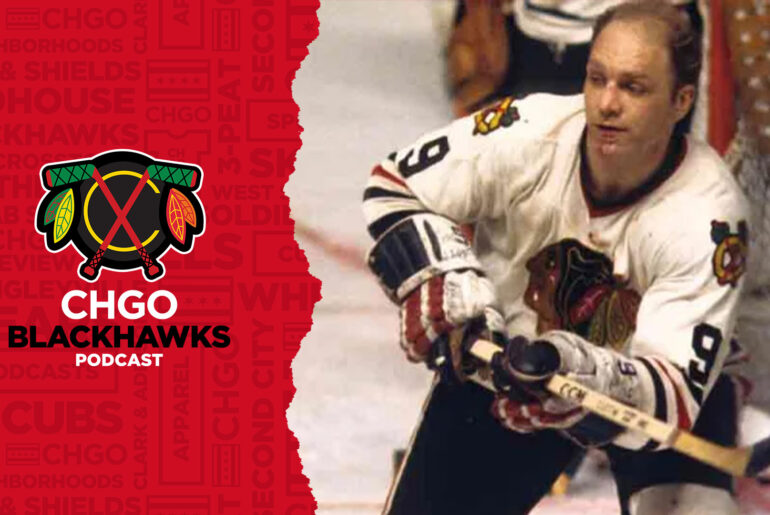