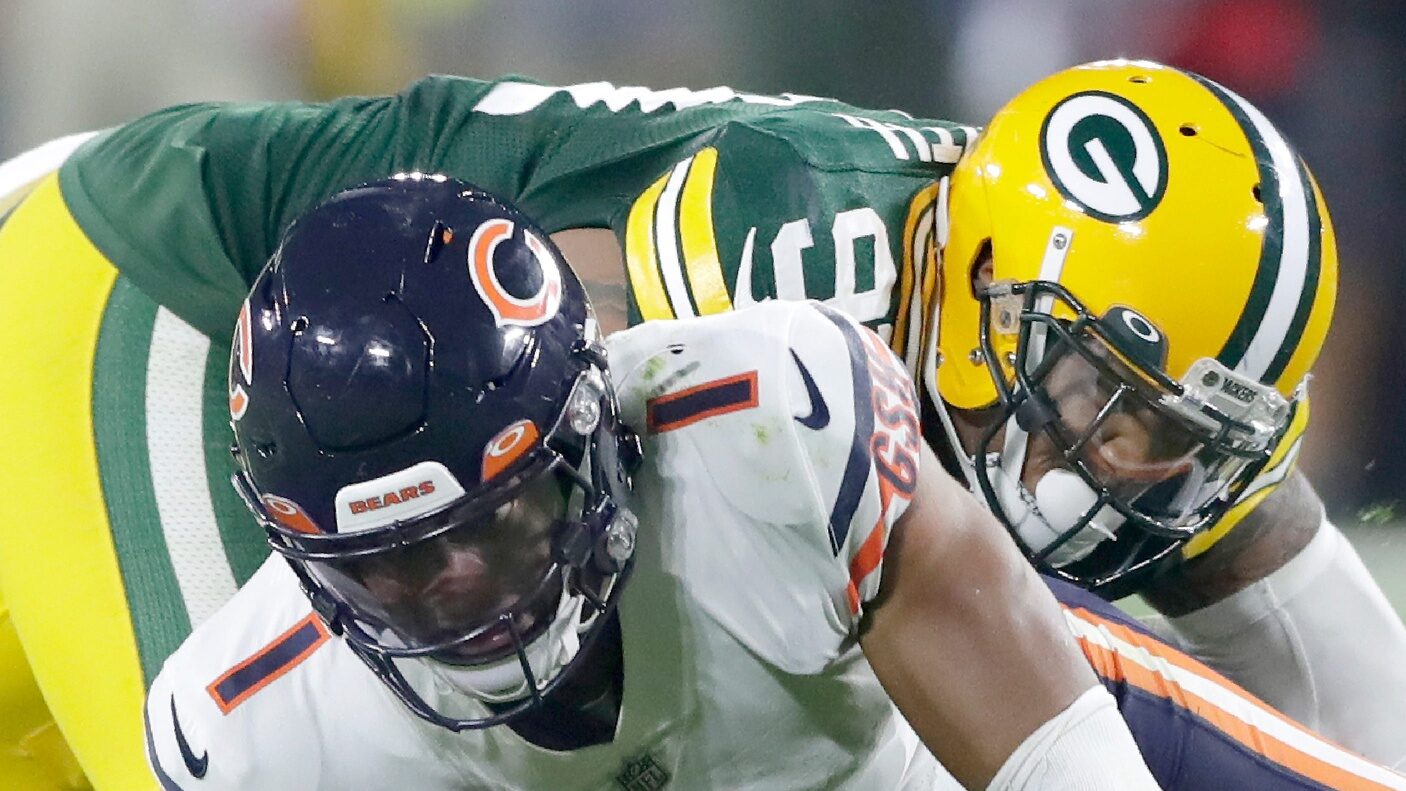 GREEN BAY, Wis. — After the Bears scored a touchdown on their opening drive of the game, it felt, maybe, just for a moment that things might end up different at Lambeau Field.

But it didn’t take long for that sliver of hope to fade as the thunderous fireworks lit up the night sky each time the Packers scored a touchdown. This latest embarrassment for the Bears ended in a 27-10 loss to the NFC North.

For each one of those drives, the offense had poor execution on first down. The first play of the first drive started with Justin Fields being sacked. On the following possession, Ryan Griffin committed a false start penalty to begin the series. Then to cap things off, Cole Kmet dropped a catchable ball. Even though the Bears still had opportunities remaining on each of those drives, it was too much for offensive coordinator Luke Getsy’s unit to overcome.

“We can’t shoot ourselves in the foot, we can’t do that,” Fields said. “Especially against a team like this.”

While the offense went three-and-out (four of the eight drives ended that way), the defense started racking up the missed tackles and also forgot how to set the edge. And Aaron Jones took full advantage. The Packers’ running back ran all over the field and made multiple Bears miss along the way as he finished with 170 total scrimmage yards and two touchdowns.

“To me, my eyes are always drawn to the defense and a little bit cause of my background, and I would say the tackling,” Bears coach Matt Eberflus said on what fundamentals needed to improve. “We have to do a better job, but individually look at the individual and the technique and break down those runs they did tackle well and they didn’t tackle well. Leverage, angles, tackling … we have to do a better job at that.”

The passing game also needs major improvements through two games of the season, and everyone is at fault. Luke Getsy’s play calling, Fields’ decision making and pocket presence, the overall blocking and the skilled players getting open. It all needs to be better.

David Montgomery, though, was a bright spot on offense. After rushing for just 26 yards against the 49ers, he bounced back with a 122-yard game on 15 carries in the loss to the Packers.

“Luke said before the game we are going to run the ball down their throats,” Fields said. “D-Mo (David Montgomery), I don’t know what he ate today, but he was
running the ball crazy. The o-line did a great job blocking, and he did a great job running.”

As for Darnell Mooney and Kmet in the passing game, that is a different story. The two have combined for seven targets and four yards through two games. Those are supposed to be the Bears’ top pass catchers, and they have been irrelevant in the passing game.

Outside of the Bears themselves, nobody expected Chicago to win this game, but that still doesn’t justify why this young, rebuilding football team, that is trying to set new standards for a franchise that has consistently underachieved, played the way it did.

In the end, Aaron Rodgers, as he usually has done, came with the victory, giving him a 23-5 regular season record versus Chicago.

The mental stamina and discipline Eberflus has preached was non-existent on Sunday night. So it’s back to the basics for the Bears – with this latest reality check showing how big the gap is between them and the top teams in the NFL.