The CHGO Newsletter is FREE and arrives in your inbox every Monday morning. Enter your email address below to join our group!

And welcome to the first Victory Monday of 2022!

Sunday’s 19-10 win over the 49ers had a certain cleansing quality and not just because Soldier Field was doused with heavy showers from the moment the tailgate grills were unpacked.

The victory was the first of the Matt Eberflus and Ryan Poles era — and it was the complete opposite of what the previous Matt and Ryan gave us.

Not at first, though. The start of the season opener seemed like it was headed for disappointment. The offense was stagnant, the Bears didn’t score and there was even a bizarre “only the Bears” moment when the team was penalized for punter Trenton Gill bringing a towel out before a field goal attempt.

But just when you thought this Monday would be filled with bad towel jokes, the Bears flipped the script. Justin Fields started making plays. The defense imposed its will on an overmatched quarterback in Trey Lance. The undisciplined play of the 49ers caught up to them.

It was a complete reversal of what we usually expect. Matt Nagy’s teams rarely rose to the occasion against superior competition and certainly never after early adversity.

Fields and the Bears, however, kept their composure to choke out a team that methodically wore them down during last year’s game at Soldier Field.

It felt as good as Fields and his teammates turning the end zone into their own Slip ‘N Slide after the game.

We’ll see how far this team can go, but Week 2 brings another opportunity for these Bears to show that things have changed: A primetime visit to Lambeau Field on Sunday night.

Enjoy this one for now, though.

Are you ready to party with the CHGO crew in two weeks? We’re throwing a huge bash at the corner of Roosevelt and Michigan and want to see you there. Full details here.

No, we don’t care how it ends 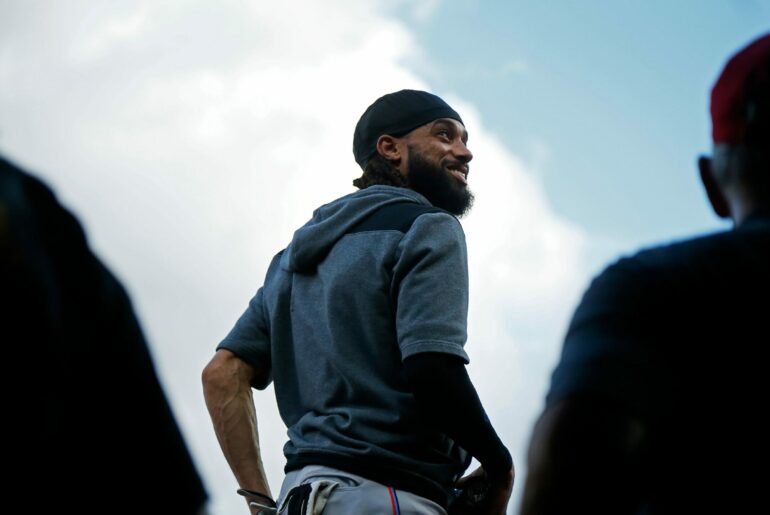