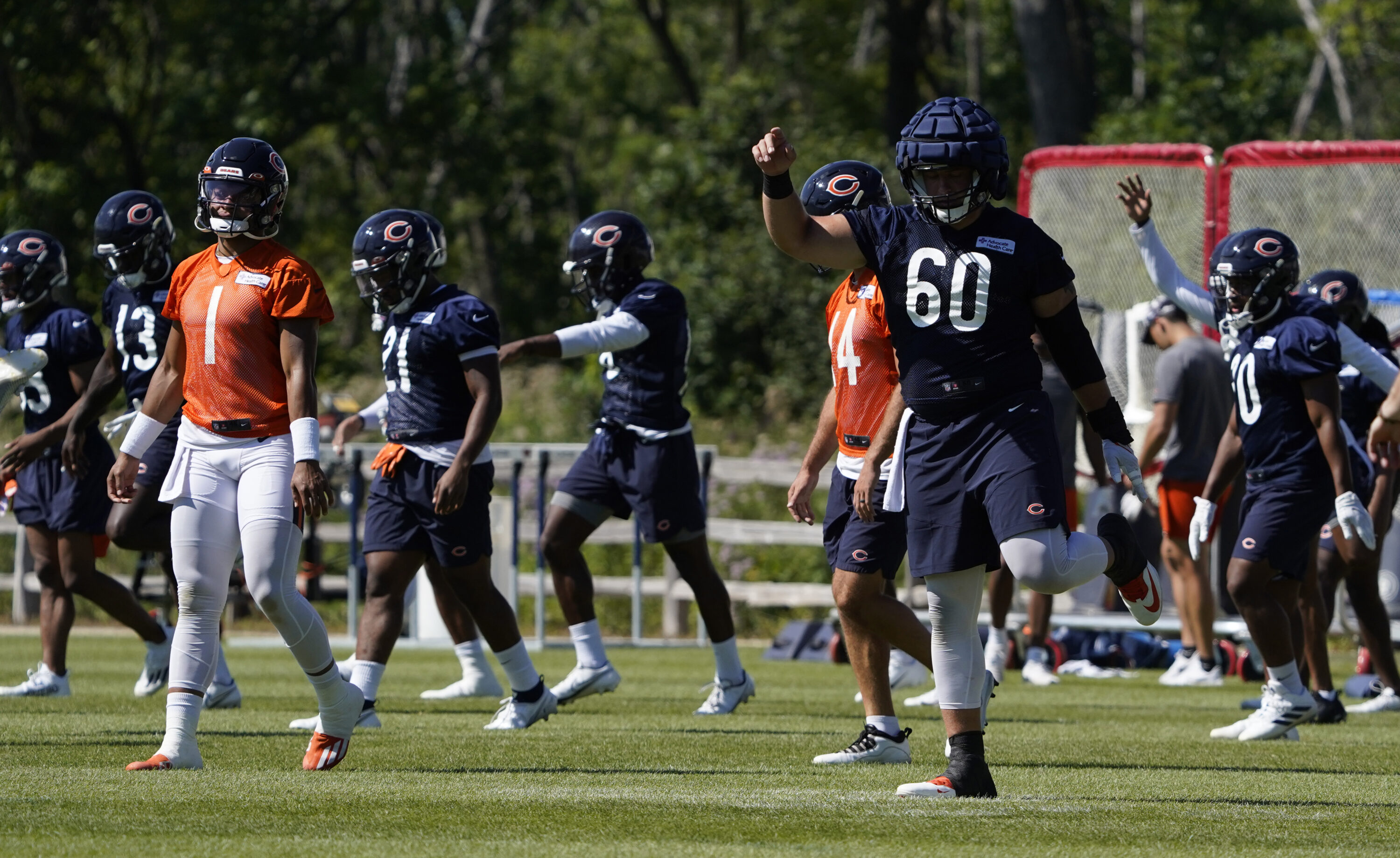 The Bears went without pads for Thursday’s practice at Halas Hall. The offense continued where it left off on Wednesday, stacking back-to-back positive days for the overall unit.

Question: What does Saturday signify to you with the game against the Chiefs being the first chance to wear an NFL uniform?

Honestly it’s crazy. For me I still haven’t had that moment of “I’m in the NFL.” You know and I was thinking to myself that maybe its because everything that I’ve done in the back, in the background, that nobody sees, has prepared me for this moment. Because I’m still trying to figure out why haven’t I felt this moment? You know, that, man I’m in the NFL. Every once in a while I get that feeling like, ‘dang this is crazy.’ But it’s just like it’s football, just go play football and try to do it to the best of your ability. So I think Saturday might be that first moment where it’s like, ‘oh, this is real.’

Here are some observations from the Chicago Bears’ 13th practice of 2022 training camp on Thursday, August 11.

With the Bears two days away from their first preseason game against the Kansas City Chiefs, there are still a large number of players not practicing.

Here are some of the guys who missed Thursday’s practice.

David Montgomery also didn’t practice, but he was on the sidelines doing various exercises.