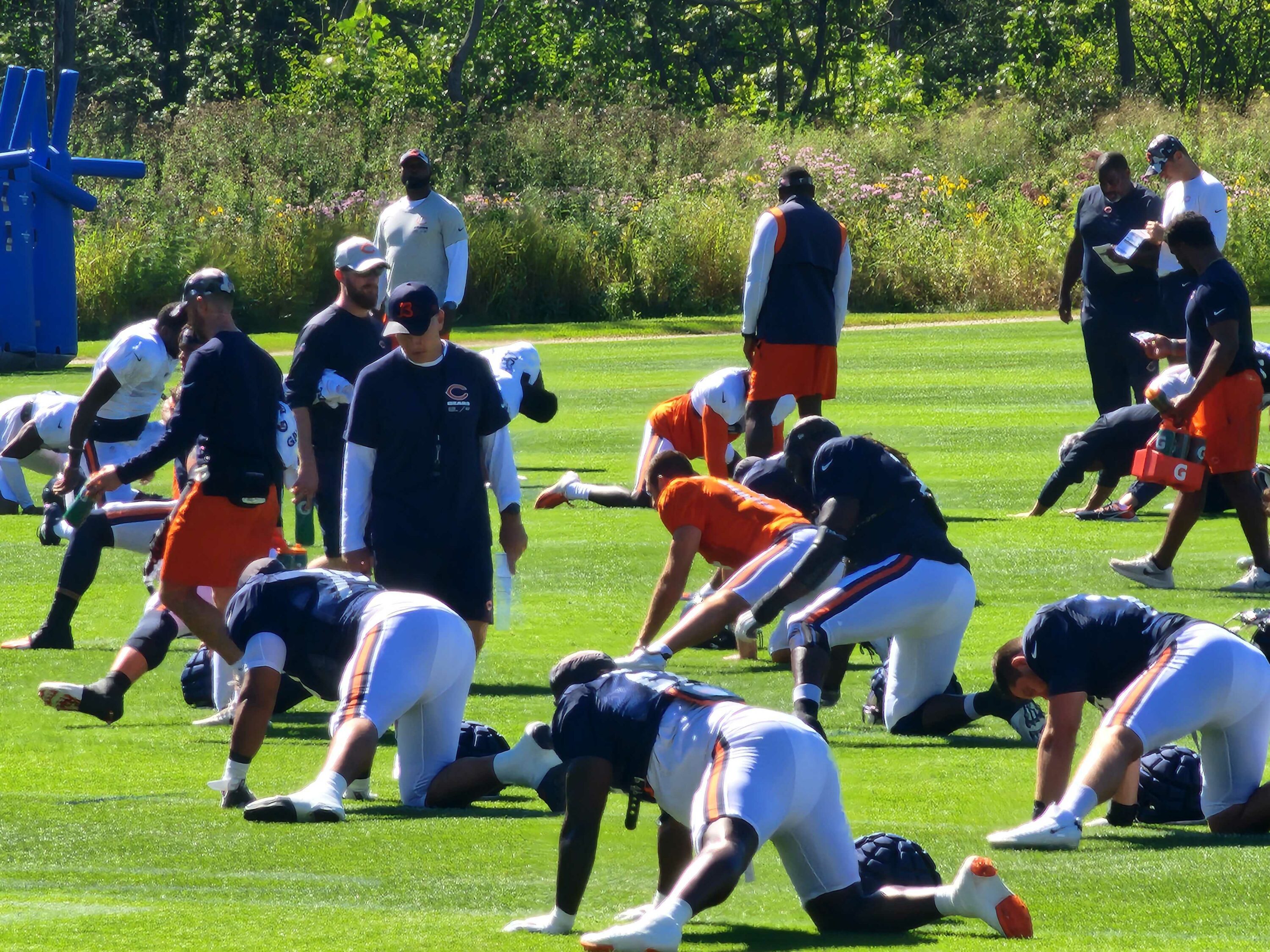 The Bears returned to Halas Hall for their 12th training camp practice. Despite the number of pass catchers continuing to be sidelined, Justin Fields is still making plays and efficiently operating the offense.

Cairo Santos was asked about the field conditions at Soldier Field.

Especially Week 1, our first game of the season. I’ve seen better. It’s just what we have to deal with. Less of a problem you make it in your mind it just kind of helps you overcome it and just go.

Here are Nick’s and Will’s observations in all three phases from the Chicago Bears’ 12th practice of 2022 training camp on Wednesday, August 10.

There were A LOT of players who didn’t practice on Wednesday. The Bears will play their first preseason game on Saturday against the Kansas City Chiefs.