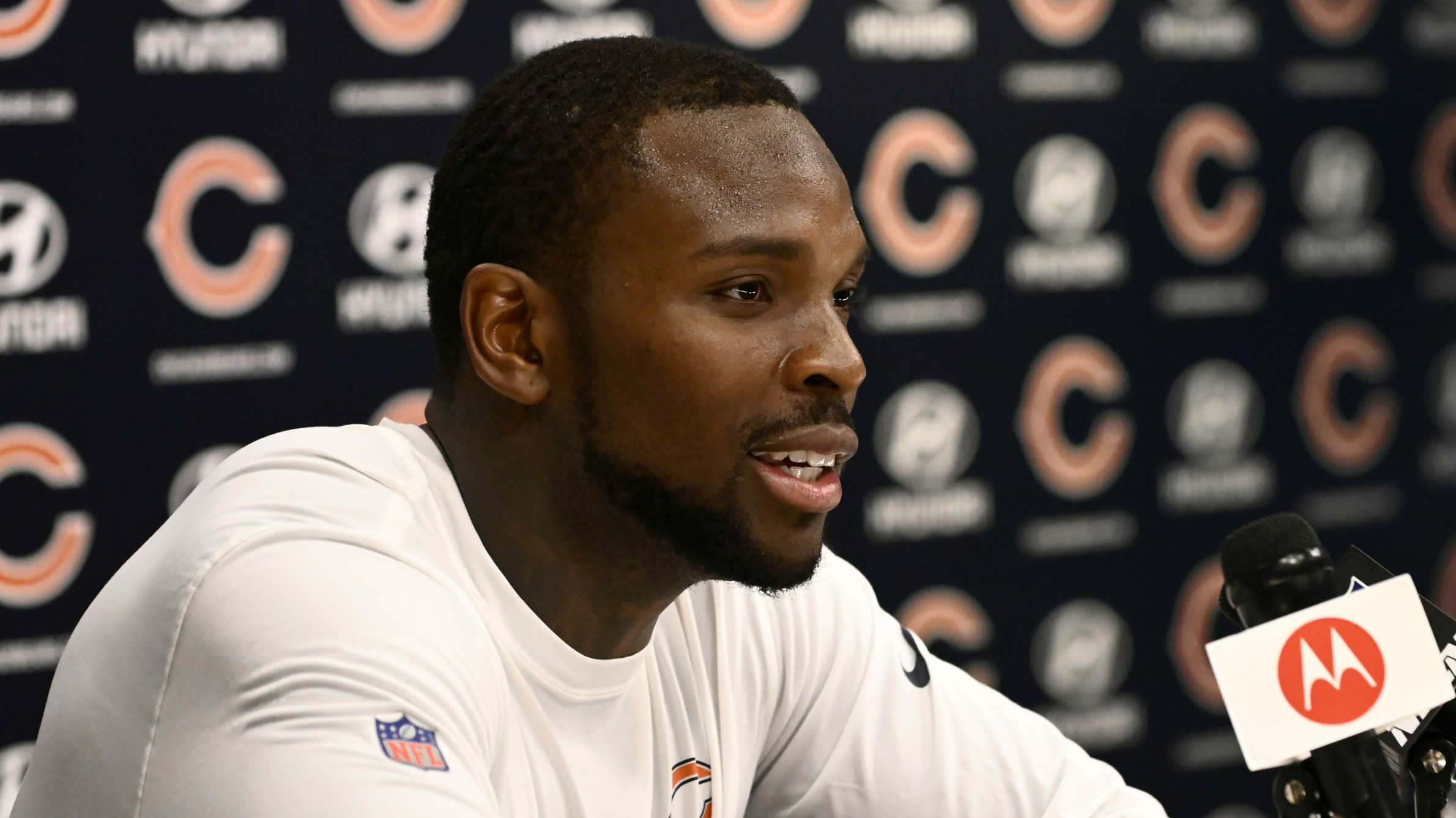 Bears training camp: Eddie Jackson has bought in and opposing offenses should worry

LAKE FOREST — Eddie Jackson was once a household name in the NFL. Offenses feared him. Chicago Bears fans loved him. He even had his own cereal in local grocery stores.

But after becoming one of the best (then highest paid) safeties in the league, Jackson’s play started to slip and suffer. He turned into a shell of the playmaker he once was. Over the years, fans have grown tired of waiting for the lightbulb moment to occur and for Jackson to start playing at a high level once more.

Fans lost hope, and quite frankly, who could blame them?

It’s been four years since Jackson made the All-Pro team — an eternity in NFL time.

But what if all hope is not lost? What if the stars are finally re-aligning after all this time?

I know what you are thinking … “Yeah, yeah. We’ve heard this before. Jackson is totally washed up.”

I beg to differ.

In fact, I believe he can closely resemble the big-time playmaker fans saw in 2017-18.

We can all agree that Jackson has not been the same player since Vic Fangio left to become the head coach of the Denver Broncos. Fangio was a big reason why Jackson was able to find instant success.

Yes, some of that was Fangio’s defense putting Jackson in advantageous spots that the safety took advantage of to make those highlight plays that feel like eons ago.

More importantly, I believe it was Fangio’s – and secondary coach Ed Donatell’s –  no-nonsense coaching style that propelled Jackson into the spotlight. Fangio pushed his players hard and held them to a high standard. Jackson took to this right away and thrived as a result.

Jackson was pushed right away to give it his all as a rookie by Donatell, even in practice.

“If they going slow in the DBs drills, I want you going 100 percent. If you’re out there on the field, you’re going to practice and if somebody is going 70 percent, I need you at 100 percent at all times,” Jackson said. “That’s kind of the message I’ve passed down to him and that’s what I did as a rookie and then I had success with it.”

After two years of massive success, Jackson lost both of his leaders as Donatell followed Fangio to Denver to become the team’s defensive coordinator.

Meanwhile, Jackson technically remained in Chicago. But the player that fans knew was gone.

Chuck Pagano took over the defense for two seasons followed by Sean Desai last year. Under both coaches, Jackson never once looked like the same player.

Was it due to scheme?

Perhaps that was some of it as Jackson was asked to do different things that didn’t allow him to make as many plays on the ball.

Was it due to lack of talent next to him?

This also had something to do with it as he didn’t mesh as well with Ha Ha Clinton-Dix or Tashaun Gipson as he did his first two seasons with Adrian Amos. Clinton-Dix and Gipson were more tweeners between free and strong safety and not a true strong safety like Amos.

Luckily for Jackson, he is officially back in a scheme that will allow him to play to his strengths as he’ll be asked to play back and make plays on the ball. Throw in the Bears drafting Jaquan Brisker, who has the potential to be the best safety Jackson has gotten to play with in Chicago, and it’s easy to see why Jackson’s play may go up a notch.

But there’s more to it than that. There’s another reason why I strongly believe that Jackson can take flight yet again.

It all boils down to coaching.

And I’m not talking schematics. It’s more than X’s and O’s.

Let’s face it, Jackson was complacent over the past few seasons. There’s not much doubt surrounding that. There were plays where he’d loaf and not make much effort to finish the play. I’m sure you have a personal memory of at least one of those plays, I know I do.

Jackson admitted he saw that last year, too.

“I just feel like I could have got complacent sometimes. Trying to do too much. Instead of just being me,” Jackson said.

Pagano, Desai and the other coaches were just not able to reach Jackson like Fangio and Donatell.

Jackson’s play lacked inspiration. He was no longer playing hungry.

And the worst part? The Bears didn’t care. They didn’t hold him accountable. They didn’t challenge him. It was as if they knew they had an all-pro talent and assumed he didn’t need to be coached up further.

In all honesty, the entire Bears team lacked accountability. That was vividly clear during Matt Nagy’s tenure after the departure of Fangio. It wasn’t just Jackson.

Look, we’re all human. It’s natural to not perform up to the level you are capable of if you’re working under uninspiring leadership. The best leaders motivate those around them. Good leaders inspire others. Great leaders push you to become the best version of yourself.

The Bears seem to have that with its new leader, head coach Matt Eberflus. On Wednesday’s practice, he was not satisfied with the level of effort his defenders, including Jackson, were displaying as they sprint to the goal line.

You could hear Coach yell at his defenders from a good distance.

This happened multiple times in a row. Three times to be exact.

Just like Fangio, Eberflus expects 100 percent effort from his players.

When asked about this and the new level of accountability in the building, Jackson could not help but smile.

“It starts with Flus. You know Coach. He’s definitely to a meeting, he’s probably 5-10 minutes early waiting on us to get in there, sitting in the back of the room. Just that accountability part and holding everyone accountable, everyone equally accountable. No matter if you’re Year 10, Year 2, Year 1,” Jackson said. “And just the conditioning part. You see us out there. We fly around for however long practice is. From start to finish; we always preach that we want the first period to look like the last period and he holds us up to that standard. Like today, we had guys not finishing through the line on one of the drills. He sent us back three times. That right there shows it’s the little things.”

Being in the room, you can just tell that Jackson appreciates being coached hard yet again. He now has leaders in place that will challenge him to play up to his potential. Gone are the days of the coaching staff allowing Jackson and others to be complacent.

It appears that the motivation for BoJack is back! And that leads to the potential of him being a dangerous playmaker on defense yet again.

“I trust in the coaches to do the best thing, the best job to help us and help the defense have success,” Jackson said.

Just how much trust is there? According to Jackson, “100 percent.”

“We went through the OTAs phase. You’ve just seen the first month we were here how the coaches are, they have your best interests. Coach is asking how’s the fam, like, outside of football. So that right there lets you know someone genuinely cares about you,” Jackson said. “And when you go in a meeting room … when they send a message, it’s easier for you to take that message and run with it. I feel like now it’s 100%, they got our trust.”

With a scheme that allows Jackson to play to his strengths, a budding star next to him in Brisker, and a coaching staff that he trusts 100 percent and that challenges him to be the best version of himself, there’s a legitimate chance Jackson can put the last few years behind him and become a household name once more. 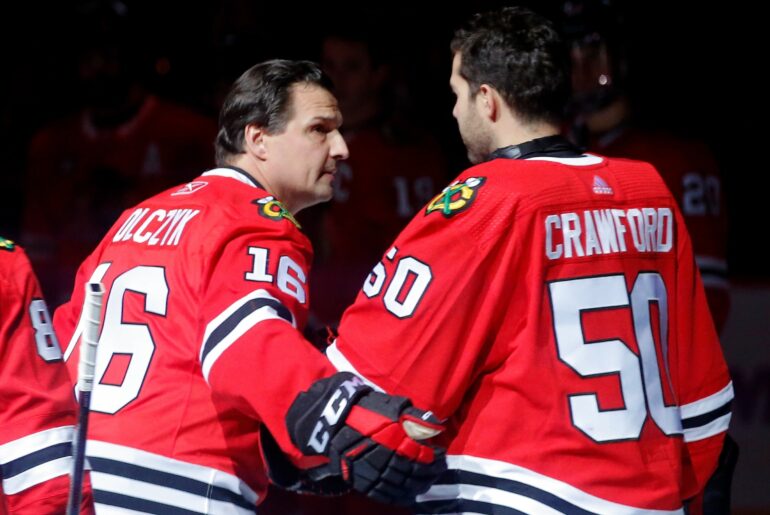 This Week in Chicago Blackhawks History: Playoff losses & trading away a superstar 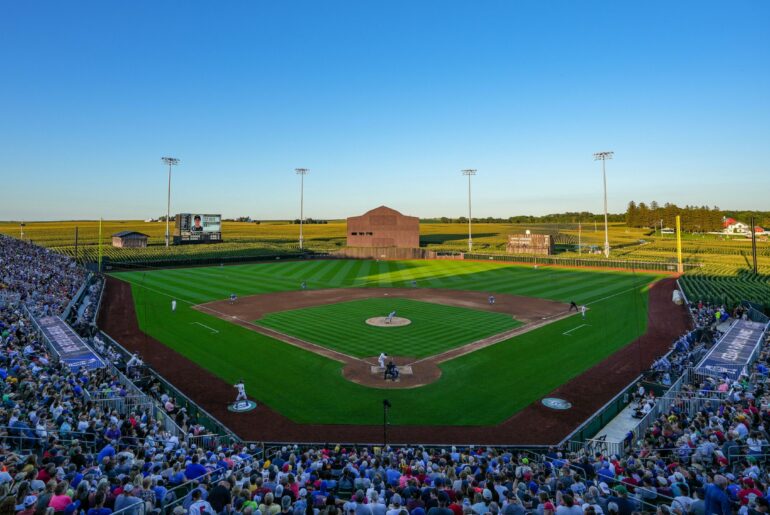 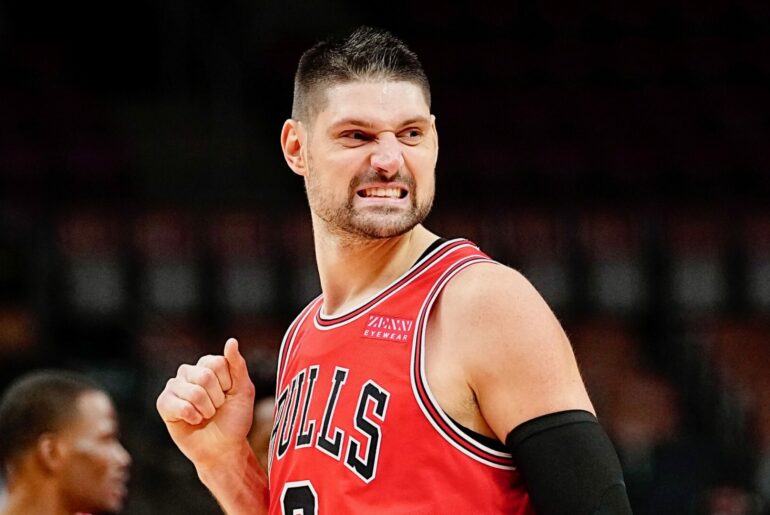 How the Bulls should approach Nikola Vucevic’s contract extension