Tight end James O’Shaughnessy is entering his eighth season in the NFL and his first year with the Chicago Bears after spending the last five years with the Jacksonville Jaguars.

He was drafted by the Kansas City Chiefs in the fifth round of the 2015 NFL Draft, which is where he first crossed paths with Chicago Bears general manager Ryan Poles.

It’s a bit of a coming home party for O’Shaughnessy who played his college ball at Illinois State and attended Naperville North High School.

After playing with Blake Bortles, Gardner Minshew and 2021’s first overall pick Trevor Lawrence in his stint in Jacksonville, O’Shaughnessy is hoping to build a connection with Justin Fields in Chicago.

Advanced Stat to Know: O’Shaughnessy caught only one of his five contested catch attempts. His CTC% of 20 percent was the fourth-worst among tight ends who saw more than 30 targets. (PFF)

O’Shaughnessy’s best game came Week 15 against the Houston Texans. The tight end caught all four of his targets for a season-best 60 yards. He also had 31 yards after the catch, which was also the most he created in a single game last season. O’Shaughnessy also accounted for three first downs in the game.

How big of a role can James O’Shaughnessy create for himself?

Cole Kmet is the Bears’ clear-cut starter at tight end, and the Bears also signed Ryan Griffin — but that doesn’t mean O’Shaughnessy can’t become a contributor in Chicago’s offense.

He has had production throughout his career — O’Shaughnessy caught 20 or more passes three times since 2018 and has hauled in over 70 percent of his targets each of his last three seasons.

Despite missing 11 games over the last two years, he has over 500 yards receiving with an average over 10 yards per catch since 2020. O’Shaughnessy has also moved the chains 22 times in that time span.

O’Shaughnessy makes most of his work underneath and is not considered a downfield threat: 26 of his 34 targets came less than 10 yards from the line of scrimmage with his average depth of target coming 6.5 yards downfield.

What O’Shaughnessy is able to do is make plays with the ball in his hands. He ranked 22nd of all tight ends with 4.8 yards after the catch. To compare, Kmet ranked 35th (4.1). He does this more with his awareness of open space more so than breaking tackles as the tight end only forced two missed tackles last year.

It remains to be seen just how much playing time he will have in the Bears’ offense, but O’Shaughnessy has proven he can produce in a limited role without a lot of touches. He needs to remain healthy, which is something he has struggled with the last few years, in order to become a reliable target for Fields.

O’Shaughnessy has the chance to be a part of the game plan if he can maximize his targets and make plays after the catch while being a reliable option underneath.

If not, he will struggle for meaningful playing time behind Kmet and Griffin.

It’s difficult to predict what O’Shaughnessy will accomplish in 2022 until we see what type of connection he builds with Fields and how the Bears plan to utilize the veteran.

He did struggle with contested catches last season, but that is not the strength of his game as O’Shaughnessy is best suited as an underneath threat who can make plays in space.

Even though the hope in Chicago is that Kmet takes the bulk of the tight end targets, which he will, O’Shaughnessy should have opportunities. 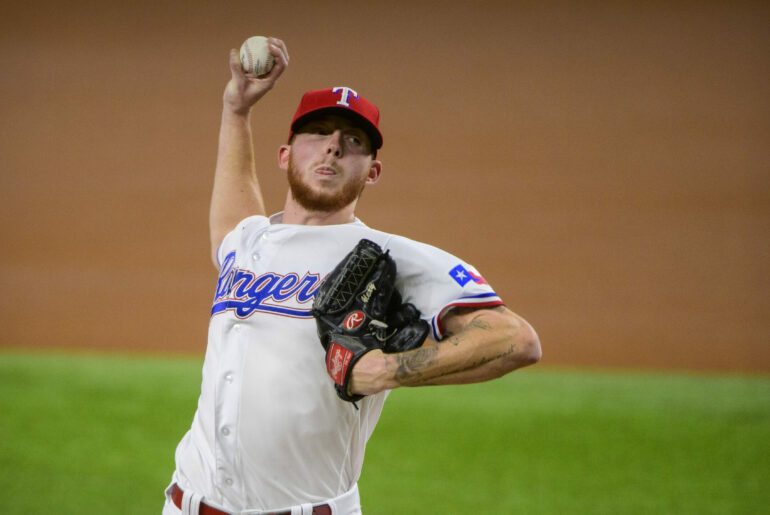 Regardless of how White Sox feel about pitching depth, they could use some more