A player on the rise for the Chicago Bears is Angelo Blackson, who is entering his second season with the team and his eighth year as a pro.

Blackson’s first season with the Bears was a success as the defensive lineman notched multiple career-bests including tackles (43), QB Hits (9) and even came away with his first-ever interception.

Advanced Stat to Know: Blackson’s 28 Defensive Stops led all Chicago Bears defensive linemen and ranked 27th in the league at the position. (PFF)

Blackson had a handful of splash moments throughout the season including his interception on Joe Burrow and the tackle he made for a safety against the New York Giants, but his best game came Week 4 against the Detroit Lions.

In that contest, Blackson found himself with four total quarterback pressures and four total tackles, both tying season-high marks.

He was living in the backfield that entire game.

Can Angelo Blackson follow up his career year in the Bears’ new defense?

Changing schemes is nothing new for Blackson who has had to do it a few different times throughout his career. The Bears are the fourth team he’s played for, after all.

The Bears won’t have Akiem Hicks, Bilal Nichols and Eddie Goldman this season. Blackson will look to take on a larger role while having different responsibilities than a year ago.

Blackson has been a serviceable player throughout his career, but whether or not he will be able to play at the same (or a higher) level in 2022 is what is in question.

After two straight years of increased production, Blackson will look to make the most of his contract year. For a player that turns 30 years old this season, he will need to show out if he wants one more decent payday.

One of Blackson’s underrated attributes is his durability — only missing one game since the start of the 2018 season and appearing in at least 425 defensive snaps every year in that same span.

He may not be the “starter” every game, but Blackson will be on the field a lot for the Bears and a solid piece of the rotation along the defensive line. As a player that has a high motor, he will be a fun player to watch in the new defense that emphasizes hustle and intensity. 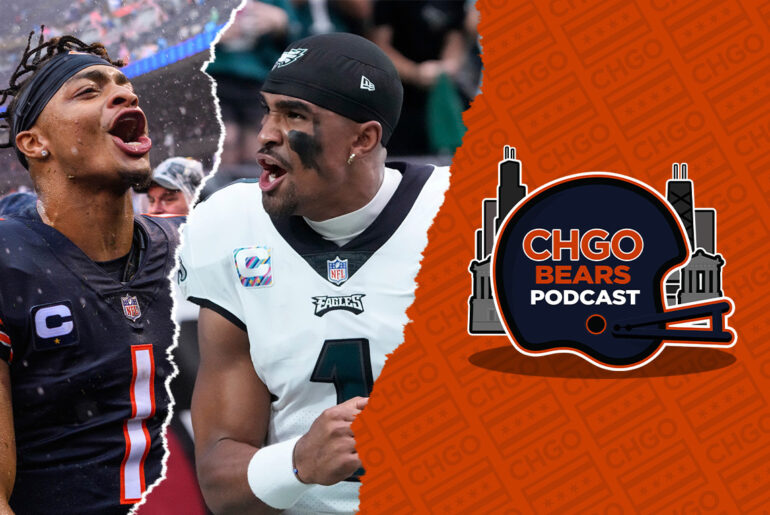 CHGO Bears Podcast: Can the Bears follow the Eagles’ Blueprint to the Super Bowl?