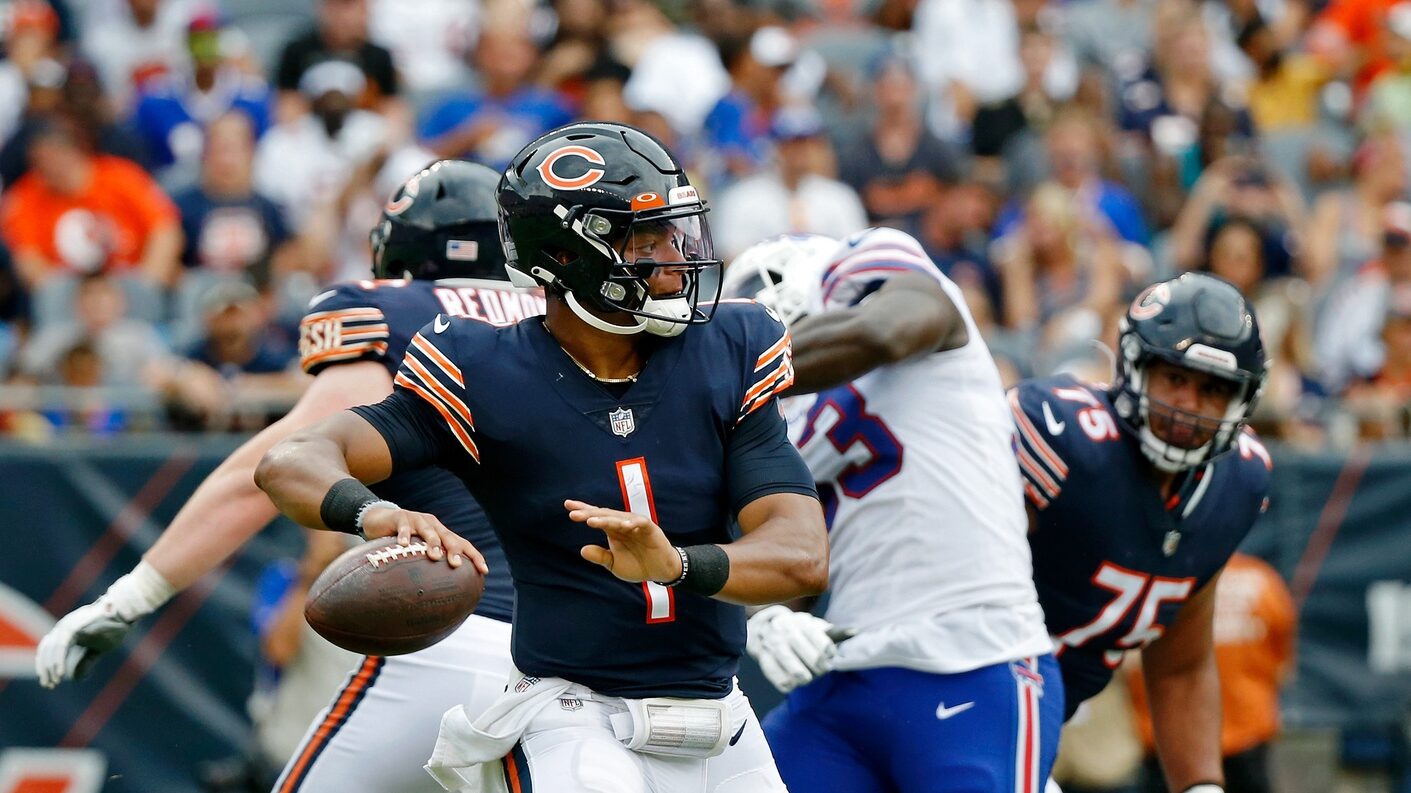 Will and Nick’s schedule roundtable: What challenges are in store for the Bears?

Will DeWitt: Alright Nick, we are back with another roundtable now that the 2022 schedule has officially been released. I know one of our bigger observations was the fact that the Bears only have three primetime games for a franchise that’s been displayed on the national stage quite a lot. What do you take about the three games this season in primetime?

Nicholas Moreano: The biggest thing with those three primetime games is that they happen so early on in the season. The last one being October 24, against the Patriots. But at that point, I don’t know if the national audience is going to see the best version of the Bears. So that’s when I look at it, the Bears are still going to be figuring a lot of things out with their new offense and all these new players, first-year head coach, first-year GM. So by October 24, if you’re telling me that the Bears are a finished product, I don’t think that’s going to be the case. By the time they’re done, unless the Bears go on a huge winning streak, and they get more primetime games flexed later on the year, I don’t think the national audience even Bears fans are going to see the best product early on the season.

Will: That’s a really great point, when I see the primetime games and how early they’re slated to me, it screams that the NFL just has very low expectations for the Bears this year, and they want to kind of get it out of the way. Three games make sense. Again, Chicago’s a huge market. But getting it out of the way early is interesting.

Another takeaway that I saw, and I think everyone did once the schedule came out, Nick, is that Week 14 bye week — that’s extremely late. I know you had some nuggets, you want to share a couple of them here real quick? Then I’ll share some thoughts.

Nick: Yeah, and this was sent from the Bears to the media yesterday. Week 14 is the latest a team can have a bye week. But it marks the latest bye week for the Bears since 1999 when they also had Week 14 off that season. It’s later than usual compared to the past two seasons. The Bears have had bye weeks in Week 10 in 2021 and Week 11 in 2020.

Will: Wow! It’s definitely super late. Teams that had that bye week a year ago were the Eagles, Patriots, Dolphins and Colts. Half of them did make the playoffs. So it’s not an end all be all sort of deal here for the late bye. But to me, this may be a slight concern. It is so late. I believe the depth will be tested just due to the war of attrition that is the NFL. And I know people are pointing at that Thursday night, Monday night kind of back to back as a mini bye week. I don’t ever really see it that way though. It’s like a slightly bigger break but really not so much. A typical Friday is walk-throughs, Saturday you are off and then Sunday would have had a game. And then you’re back to preparing for Monday Night Football.

So I look at it more like an extended weekend more than a mini bye week for the Bears. It’s still a break, which is nice, but I wouldn’t look at it as a “mini-bye.” We’ll see if the Bears can hold up down the stretch. Ideally, Nick, Week 14 you get a break and hopefully that means something for the Bears for the final few games of the season.

I’m curious Nick looking at this schedule, what’s like the easiest stretch and where do you see the bears perhaps stacking some wins?

Nick: I look at the easiest portion of the schedule and kind of sticking those four-game stretches, it would be the Dolphins to start off, then Lions, at the Falcons and on the road against the New York Jets. That four-game stretch for the Bears could be where the team racks up some wins. In the prediction show we recorded on Friday, I had the Bears winning three of those games: the Lions, Falcons and the Jets. The Dolphins is kind of a toss-up game. Yes, we could see the Bears winning that one. Yes, you can see him losing that one.

But that seems like a nice area in the season, especially after the month of October, which we’ll get to that in a little bit, where you’re mostly on the road. But I think that stretch is where the Bears could pile up some wins and maybe change the narrative of their season.

W: I’m right there with you, man — Weeks 9 through 12. I had four straight wins there. I can’t look anywhere else and say it’s easy by any stretch of the imagination. So I’ll just straight up agree with you here today. Looking for the hardest stretch, I’m gonna go ahead and say it’s gonna be Weeks 5 through 8 here. You have the Vikings, Commanders, Patriots and Cowboys. During our schedule release episode, I had them losing three out of those four, with the only win coming against the Commanders. Definitely a tough stretch of games there for the bears and the almost midpoint of the season. How about you?

N: That was definitely a stretch I looked at as being a tough one for the Bears, especially because the Bears have not been good in the month of October. That’s where that five-game losing streak started last year. Even a couple of years back in 2019 and 2020 they had a rough stretch in October. But to change things up a bit, I’m actually going to go from Week 13 when the Packers play the Bears at Soldier Field on my birthday, and then you have that bye week. Then the Eagles, Bills and throw in the Lions there as well. I had the bears only beating the Eagles there and the Bears haven’t beat the Eagles the last five times they played them. So it’s no guarantee at all.

But we also know how the Bears have been coming off the bye. It’s the Packers and then the Bills are a juggernaut right now. You said it perfectly Will on Friday’s show. They’re just on a completely different level from where the Bears are at going into 2022. So you look at that last stretch of the season. And then they obviously end the season with the Vikings. That’s gonna be a tough one for the Bears as well because you don’t know how this regime is going to handle that late bye like you were detailing earlier, and you just have some tough opponents in that stretch as well.

W: Yeah, two difficult stretches. There are, I would say, a good combination of games where you look at the schedule, and you’re like, ‘Oh, yeah, win, win, win,’ And then others that you kind of hold your breath and wonder about the Bears’ chances. They’re going to be tested a couple of times throughout this schedule. But, hey, we mentioned our schedule release episode a couple of times, and we did give our early — I want to make sure it’s noted … early record predictions throughout it — and since this is on allchgo.com, I’ll let our members know that I had the bears going 10-7. Nick, you had them going 8-9.

N: Yep. Adam and I both had the Bears finishing 8-9 this year.

W: So, I just want to let everyone know those are the numbers, but if you want to find out why in a more detailed discussion, definitely go check out that episode. We’ll make sure it’s put inside of this post right here that way you don’t have to go anywhere. But I would advise checking it out and I’m sure Nick would agree.

N: Absolutely. Go check it out. And of course, OTAs are coming up, so we’ll have more content on AllCHGO. You definitely want to tune in and check that out as well. 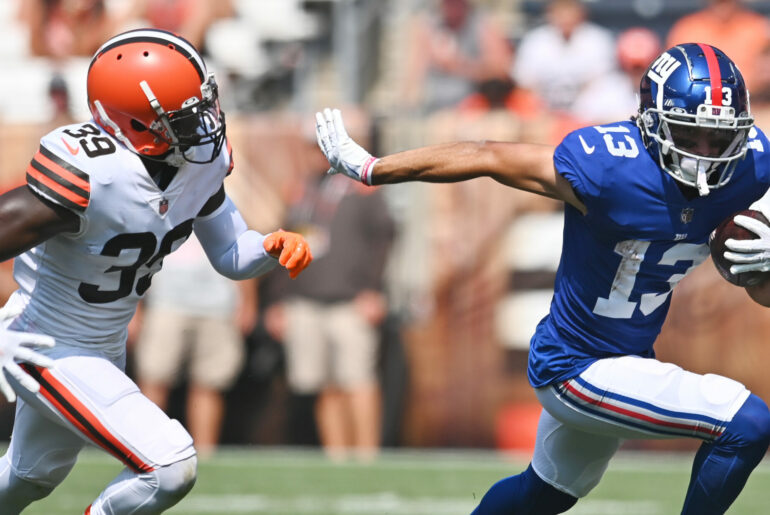 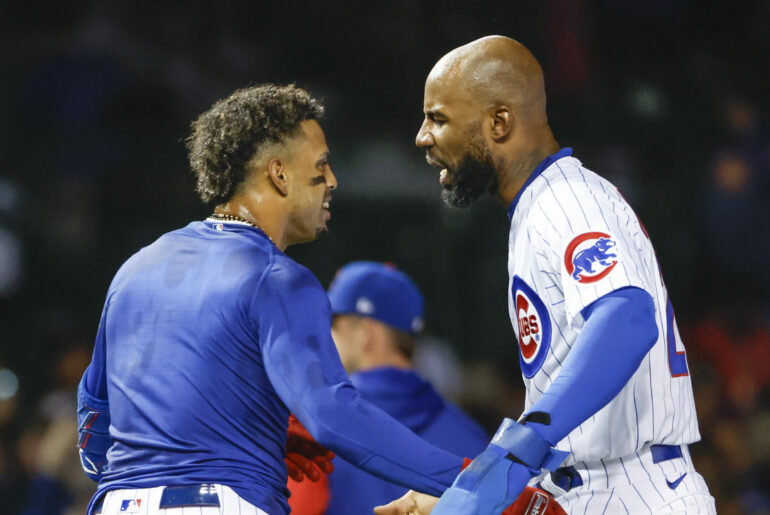