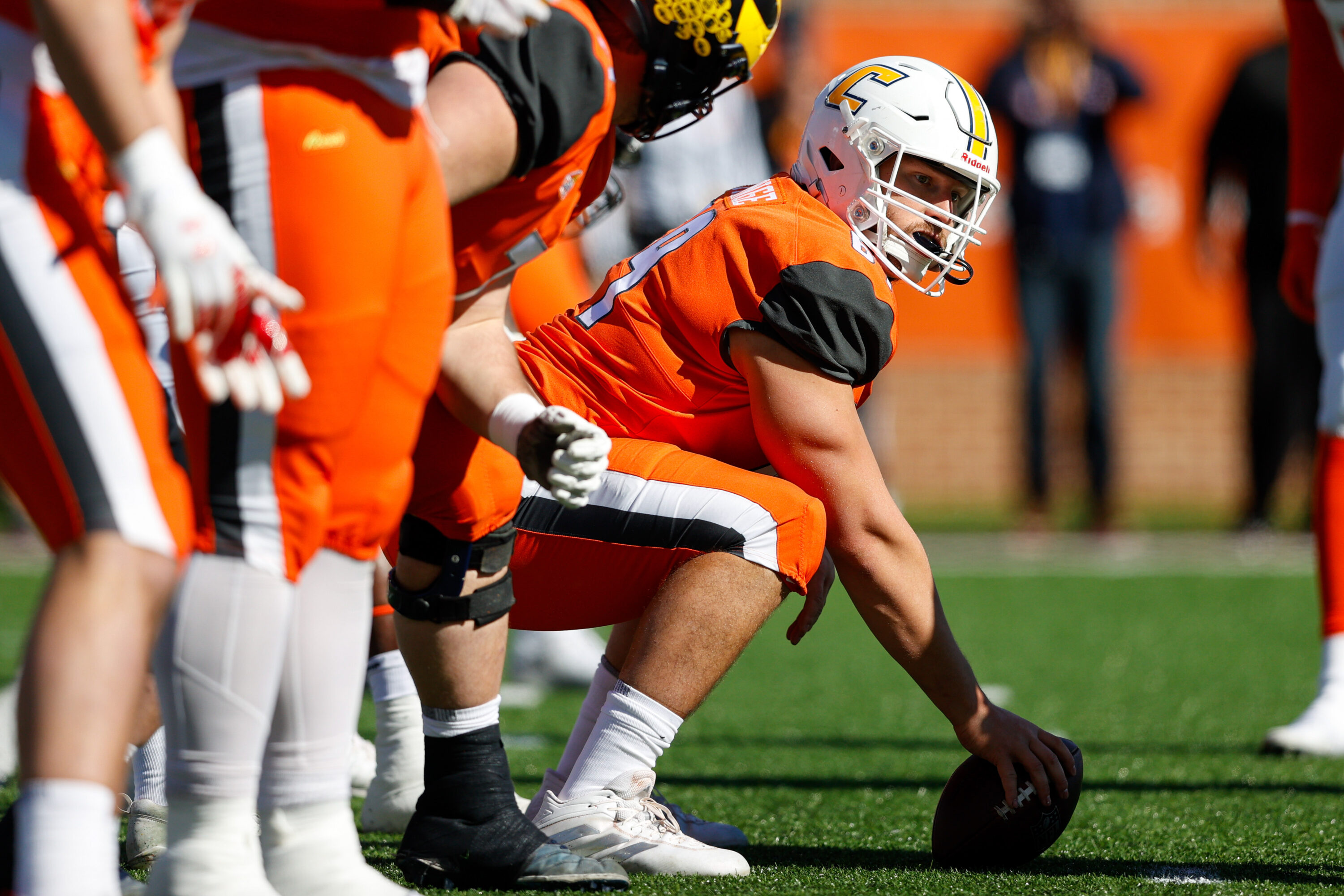 INDIANAPOLIS — It’s not every day that a mid-round prospect checks off every box the Bears are looking for, but a redshirt senior coming out of Chattanooga does just that.

If Cole Strange was not on the Bears’ radar before the NFL Combine, he must be now.

General manager Ryan Poles told the media on Tuesday what he is looking for in his offensive linemen.

Strange measured at 6-foot-5 and 307 pounds at the combine. He is projected to play center or guard at the next level, which would make him one of the leaner players on the interior for the Bears.

Here’s a look at last year’s line and their dimensions:

So Strange fits the “lighter” attribute that Poles is searching for.

But what about the “faster?”

He tested very well in Indianapolis with performances that ranked within the top 10 for interior linemen.

Not only does Strange fit the bill when it comes to the size and athletic traits that Poles desires to bring to Chicago, he is also a strong fit schematically. The Bears will be an outside zone running team, a scheme that Strange enjoys playing in.

“I feel like I would I would fit well in a zone-type scheme,” Strange said in Indianapolis. “I’m very comfortable running the outside zone. I feel like it does kind of suit my skillset because I feel like I’m quick enough.”

Back when he was hired as general manager, Poles described the type of offensive linemen he wants on his team. He wants to bring more nastiness to the unit and players that look to set the tone upfront.

When you watch Strange’s play throughout college, you will see a player looking to bring it on every single snap. He plays through the whistle and has a hot motor.

As for nastiness, Strange says he sees football as one of the only places you can bully people around.

Strange came to Indianapolis with mocks projecting him as everything from a third to fifth-round selection. His impressive showing at the combine, however, could push him up into the second round.

That would be a big price tag for the Bears, but they would be drafting a player that looks to provide everything they want in an offensive lineman.